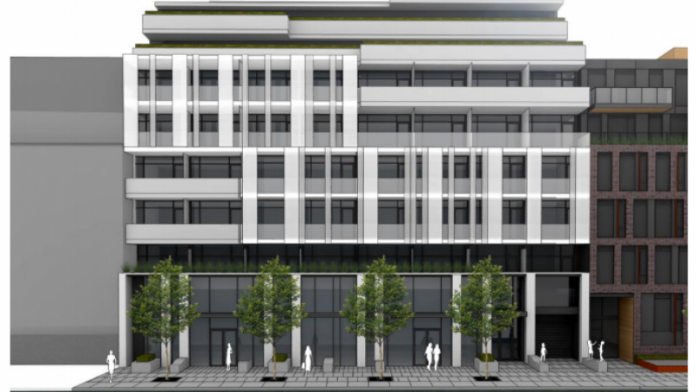 Ottawa’ s Planning Committee has approved two reports outlining a series of front-ending agreements that would see the city repay developers to design and build infrastructure needed in the near future.

The city would repay Kanata Land Owners as much as $11.74 million to design and build a sanitary sewer on March Road and Shirley’s Brooke Drive.

Tamarack Homes and Mattamy Homes would pay up front to modify the intersection at Cambrian Road and Apolune Way, with the City repaying up to $971,600. Leitrim South Holdings would front end the cost of new traffic signals at Bank Street and Dun Skipper Drive, with the City repaying up to $203,000. Tartan Homes, Findlay Creek Properties and Tartan Lands would be reimbursed up to $231,000 for work on traffic signals at Leitrim Road and Kelly Farm Drive. The city would repay up to $68,000 to Claridge Homes to build turning lanes at Spratt Road and Borbridge Avenue. The city would also reimburse $204,403 for additional work on the Shea Road Pumping Station.

The committee approved additional height for residential buildings planned for both Old Ottawa East and Wellington West. Within the Greystone Village Subdivision, an infill project on the Oblate Lands in Old Ottawa East, the committee approved Official Plan and zoning amendments to permit a nine-storey, 120-unit building south of Oblats Avenue, just east of Main Street. The amendment clarifies that heights between three and nine storeys would be permitted in areas, such as this, designated for mixed-use, medium-rise buildings.

On Hamilton Avenue facing the Parkdale Market, the committee approved Official Plan and zoning amendments to permit a building with 75 dwellings and ground-floor commercial space. The change increases permitted height to eight storeys for the project at 16-20 Hamilton St.

De La Salle French Public Secondary School in Lowertown may soon have additional space for its growing student population. The committee approved a zoning amendment that would let the school use the one-storey, multi-unit commercial building directly across Old St. Patrick Street for classrooms and administrative offices. Existing community services already operating in the building could continue, but the change extends opportunities for educational use within the neighborhood.

The approved items will go to Ottawa City Council on July 10 for final approval.