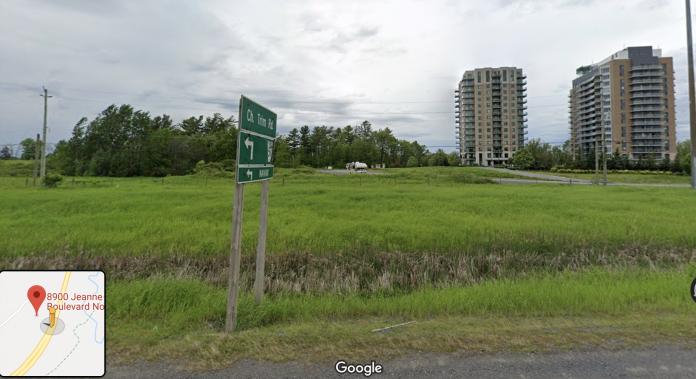 The amendment would add the Barrhaven Downtown Secondary Plan to the Official Plan to help stimulate development of the town centre: the area south of Strandherd Drive to the Jock River and west of Longfields Drive to the Kennedy-Burnett Stormwater Management Facility.

The town centre serves as a commercial district for the surrounding residential neighborhoods in Barrhaven, the city says in a statement.

“Large retail stores anchor the area while Market Place Avenue has smaller storefronts with an emergent main street character. The policies in the updated secondary plan encourage development that would ultimately result in more than 10,000 jobs within the town centre.”

The new plan encourages more flexibility in terms of building heights, as well as a wider range of land uses. It also sets requirements for density, in line with transit-oriented development guidelines, and envisions pedestrian and cycling network changes to encourage both transit and active transportation. Guidance on the area’s greenspace is also included, and there would be no new arterial roads or additional capital costs to the city.

The committee also approved its draft budget for 2020, which includes $62.3 million in operating funding and $21 million in capital funding related to planning. This includes $1.6 million toward developing the city’s new Official Plan. Draft Budget 2020 allocates historic investments of $18.9 million in capital funding for affordable housing, including a $15-million municipal investment in new affordable housing and $3.9 million from the Ontario Priorities Housing Initiative.

The Committee considered the priorities and actions for this Term of Council that fall under its mandate. Under the proposed priority of Economic Growth and Diversification, the city would develop and adopt a new Official Plan that establishes a future vision of growth in Ottawa that will foster business investment, employment opportunities and liveable communities.

In other business, A multi-tower residential development between Highway 174 and Petrie Island, east of Trim Road, is set to move ahead after the committee approved a zoning amendment for additional height. The site is already home to two towers, and the applicant plans to add four more between 18 and 32 storeys.

“The design of these buildings has been a major consideration because the site is on a scenic entry route, and this development will serve as a gateway to Orléans and Ottawa from the east,” the statement said. “The higher density of this development is consistent with the City’s intensification goals and transit-oriented development guidelines, given it would be near the future Trim Road light rail transit station.”

The committee approved a city-initiated zoning amendment to permit small-scale places of worship on 189 properties in industrial zones across Ottawa. Despite the name, places of worship are not limited to religious functions and often serve as places of assembly or community centres. To differentiate between these uses, place of worship would be more strictly defined as the assembly of people for religious worship, services or rites. The change should lead to fewer site-specific zoning amendment applications in the future.

Items approved at the planning committee meeting will go to council on Dec. 11.