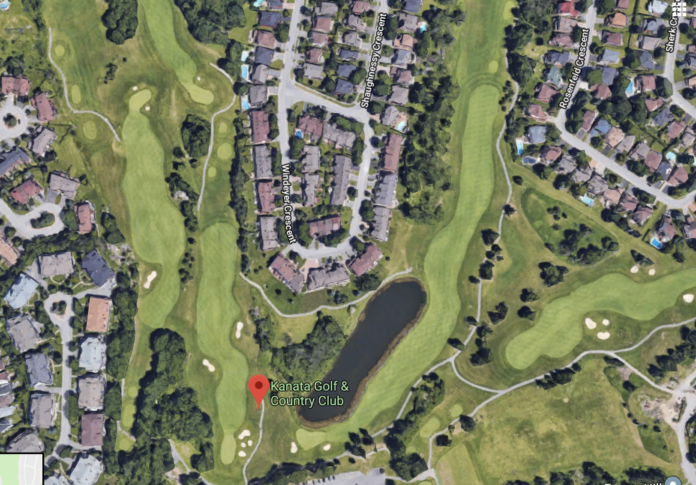 The owners of an Ottawa golf course have won an appeal court ruling that tested the law of perpetuities in a dispute with the City of Ottawa over whether the site could turned into a full-scale residential development.

ClubLink originally lost the case at the Ontario Superior Court, but the Ontario Court of Appeal decided that the original judge had erred in concluding that old common-law provisions restricting “perpetuities” to 21 years on land matters did not apply to arrangements between the site’s former owner and the former City of Kanata dating back to 1981.

The development calls for 1,480 units with partners Minto Communities and Richcraft Homes.

Under  the original agreement assumed by the amalgamated City of Ottawa, the golf course owners were required to ensure that 40 per cent of the land would be retained for green and common space, and if the owners stopped running the golf course, the land could revert to the city.

The original agreement has been updated several times, including when ClubLink purchased the property 23 years ago.

“We are pleased with today’s ruling. ClubLink remains committed to working collaboratively with the City of Ottawa and its residents,” the company’s chief financial officer, Andrew Tamlin, told the Canadian Broadcasting Corp. (CBC) in an email.

However, the city’s lawyers and some local politicians say the matter isn’t over. The appeals court judge did not void the entire agreement, meaning matters will still need to be negotiated between the city and developer, or additional court rulings – including possibly a decision by the Supreme Court — will be required, before ClubLink can develop the site.

Based on the court’s decision, “the city would no longer have a right to demand reconveyance of the land if ClubLink stops using it for a golf course; however, the Court did not invalidate any other sections of the 40% Agreement (as requested by ClubLink), or any other agreement relating to the golf course,” city solicitor David Wright wrote in a memo to City Council.

“That means that, as of today and pending further rulings:

“The Court of Appeal did suggest that its decision ‘may’ impact other sections of relevant agreements and that the indicated parties should either reach a consensus on those effects or, failing agreement, remit the issues to Justice Labrosse for a decision,” Wright wrote.

“In view of the importance of this decision to the city and the novel legal issues raised, I will be directing the city’s external legal counsel to seek leave to appeal the Court of Appeal’s ruling, to the Supreme Court of Canada, in the coming days.”

“Today is an incredibly sad and frustrating day for our community,” she wrote. “I know how much this greenspace means to our community.”

Sudds wrote that she is committed to to working with the area’s current Coun. Cathy Curry to explore other options to stop the proposed development.

As well, Mayor Jim Watson tweeted Friday he will ask provincial Minister of Municipal Affairs Steve Clark to intervene as he did in a similar situation in Oakville.

CBC reported that not everyone on council appears to believe that is necessarily the best course of action. Capital ward Coun. Shawn Menard tweeted soon after the mayor’s statement was released, saying he doesn’t remember council agreeing to have the case sent to the country’s highest court.

(The Supreme Court is selective about which cases it will hear; so in most cases the Appeals Court decision will remain in force.)

“This morning I was in shock … We were heartbroken. We couldn’t believe that we hadn’t won,” the area’s newly appointed councillor, Cathy Curry, told CBC, adding she believes the decision is of national importance and could affect how greenspaces across the country are handled in the future.

“Some people might think, ‘Well, I don’t live in Kanata, it doesn’t matter to me,’ but does it matter to them what their greenspace is behind their house? Or in their neighbourhood that is city-owned and supposedly in perpetuity?”