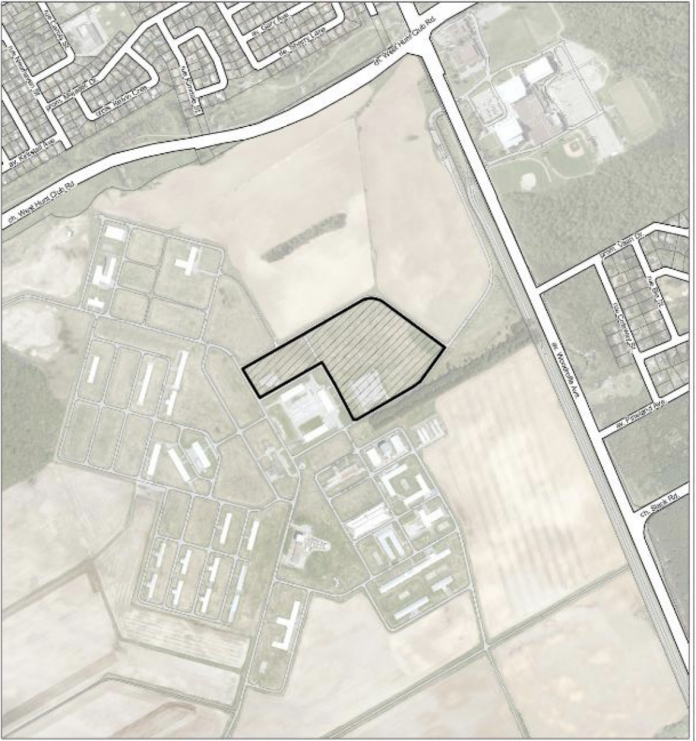 Ottawa’s planning committee has recommended new zoning for what will become a film and television sound stage campus and creative hub in the National Capital Commission’s Greenbelt lands at 1740 Woodroffe Ave.

This complex, on 8.4 hectares that was formerly used as an animal research centre by Agriculture Canada, would create 500 jobs during construction and an estimated 500 full-time jobs when the film complex is operating, city documents say.

Ottawa Film Office and TriBro Studios say the project would be built on the site across from the Nepean Sportsplex.

The NCC Board of Directors approved the change to the Greenbelt use on Woodroffe Avenue, in part on the understanding that there would be compensatory measures. These would include rezoning 8.7 hectares of NCC land at 3798 Bank St., formerly the Capital Golf Centre. Both properties are within the Greenbelt and are of similar size.

In other files, the planning committee on Feb. 28 also approved zoning and Official Plan changes to allow the redevelopment of a 6.5-acre block of land in Little Italy owned by the Government of Canada.

This block, bounded by Rochester, Orangeville, Booth and Norman streets, located just south of the Queensway, has a number of older laboratory and office buildings. Some of these buildings, known as the Booth Street Complex and built in the early 20th century, are recommended for designation under Part IV of the Ontario Heritage Act. The buildings in the area have been vacant for many years and the land is polluted by past industrial uses.

The new zoning would permit development of the remainder of the land, with high-rise buildings of mixed heights up to 25 storeys. The concept plan features green space, including a new City park. Instead of the existing surface parking lots, parking would be underground.

This new development, combining new and old buildings in a mix of residential, office and commercial space totalling one million square feet, will be managed by Canada Lands Company, which took control of the property from Natural Resources Canada in 2015.

This site is a prime opportunity for new building that fits the city’s planning and development goals, as it is within 600 metres of two light-rail transit stations: Carling Station and the future Gladstone Station, a City of Ottawa statement says.