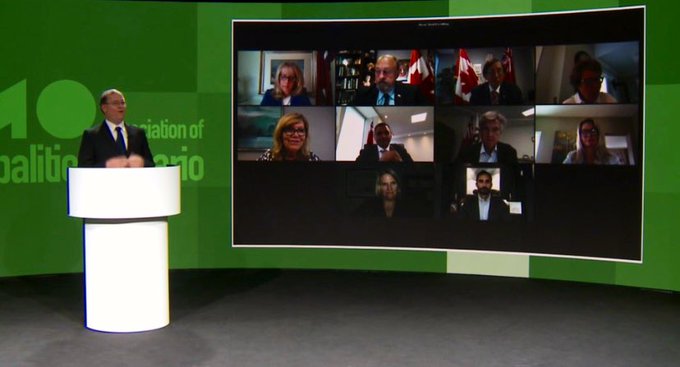 Premier Doug Ford highlighted infrastructure funding commitments in a keynote speech at the Association of Ontario Municipalities (AMO) and cautioned that the pandemic is far from over.

“As I stand here, we have over 19.95 million shots delivered, with a vaccine effort that is among the most successful of anywhere in the world,” said Ford during a virtual conference on Monday. “But the reality remains, despite all our incredible progress, we are not done with COVID yet.

“This is a virus that will exploit any opportunity, any weakness in the system, to mutate and become even more lethal. You only need to look south to see what can happen if we let our guards down and how quickly a variant can devastate an unvaccinated population,” continued the premier.

During his speech, Ford also spoke about the government’s funding commitments for the construction of new hospitals in Windsor, Brampton and Quinte.

He also highlighted efforts to strengthen the health care system with investments in long-term care facilities.

“After decades of neglect, this government is making the largest investment in provincial history . . . delivering 30,000 new and upgraded long-term care beds across Ontario from North Bay to Palmerston to Orangeville and everywhere in between.”

A public ventilation reporting tool has been created to allow parents to see the scope of improvements at every school in Ontario.

“This isn’t just a small town issue, or a rural issue or a remote issue or a northern issue,” Ford said. “It’s an all-Ontario issue and no infrastructure project is more vital than connecting all Ontarians to high speed internet and broadband infrastructure.”

The government recently announced a plan to connect all unserved and under-served areas to reliable internet service by 2025, at an estimated cost of $4 billion.

“This is the largest investment in broadband by any provincial government in Canadian history. We’ve stepped up to the plate,” Ford said. “We’re making record investments in transportation and infrastructure in every corner of this province.”

Steve Clark, minister of municipal affairs and housing thanked municipal delegates for their ongoing work to keep our communities safe and said that municipalities “aren’t getting our fair share from the federal government” for housing projects.

“We should be receiving $490 million more from the federal government based on our level of housing need and the $765 million in Social Services Relief Funding we delivered was not fully matched by our federal counterparts.”

Despite the shortfalls, the provincial government is planning the second Action Plan for the next three years of the National Housing Strategy and “taking action on housing affordability in Ontario.”

“Across the province, too many families worry that the dream of home ownership is out of reach,” Clark said. “We know that the best way to bring prices down and provide more choice is to increase the supply of housing.”

“We’re streamlining development approvals and cutting red tape to get shovels in the ground faster… This is creating the jobs people need … and building housing that people can afford.”

Despite COVID-19, Clark says more new homes started construction in 2020 than in any year of the past decade with close to 11,500 units of rental housing completed in Ontario in 2020 – the highest since 1992. 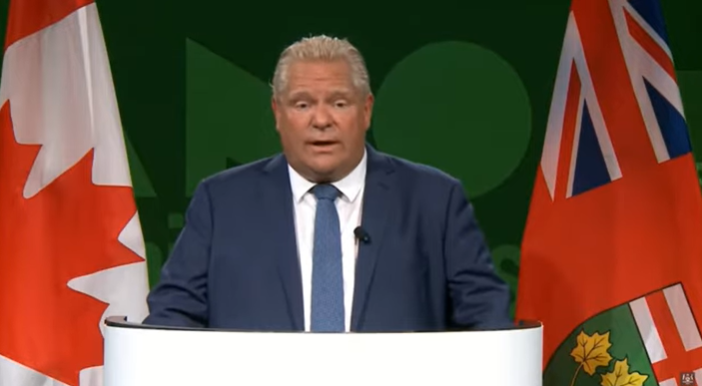 “So supply is picking up – despite the pandemic. But we need every single one of our partners to help,” he said. “We know that more new homes will be needed to meet population growth and ensure Ontarians can find a place to call home.”