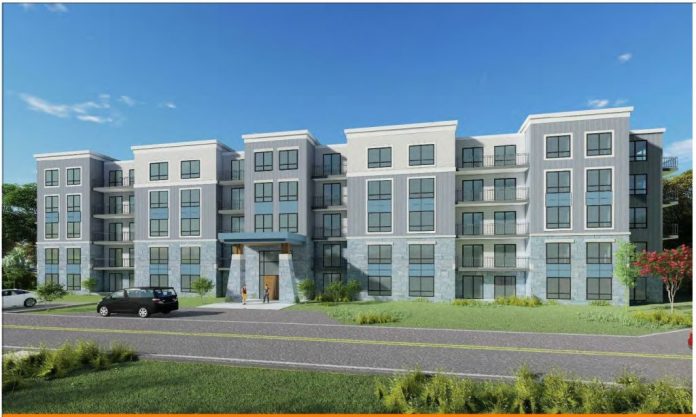 A new development being proposed for vacant lands in Komoka is making waves among locals.

An August 14 meeting is being held to receive public consultation on the project, which consists of two five-storey buildings in the hamlet to be located south of the southwest corner of Komoka Rd and Glendon Dr.

The site is 5.9 hectares in size, and is currently zoned A-2 agricultural. However, the location is within the settlement area and would be serviced by municipal services like water and sewer.

In a notice about the public meeting, Middlesex Centre councillor Derek Silva noted that adding medium-density housing to the area would allow for some seniors a place to move locally as they transition out of separate dwellings. However, he questions the height of the proposed buildings, asking for reasoning behind the decision.

He says following the Provincial Policy Statement (PPS) would require developers to consider the height of existing buildings in the area. Silva says with that in mind, a three-storey building would make more sense.

Currently the buildings are proposed to contain 152 units combined, made up of both one and two-bedroom units ranging from 790 to 1290 square feet. An associated parking lot would have 160 spaces, including 6 barrier-free spaces.

In a land-use justification report, landowners Todd and Cole Powell make the case that the new development would complement the neighbouring land-uses; specifically the mixed-use development at the corner of Komoka Rd and Glendon Dr.

Silva points out he expects the public meeting to be lively, as some locals have already commented on social media about the proposed project.

“Please read all the documentation involved. It is important to understand it would be changing park to medium density against the official plan,” commented Charmain Graham. “There is NO storm water plan to accommodate this yet. And if approved by council it sets a precedent for future developments.” Graham continued by saying there’s no guarantee it would actually become a residence for seniors, since zoning doesn’t dictate who actually lives in the buildings.

Angie Kenny said, “There’s a reason why the town never built out that way and it’s largely based on the kind of soil there.”

Kilworth-Komoka has seen tremendous growth in the past decade. The 2011 census cited Middlesex Centre to have the highest growth rate in the region, at 5.8 per cent, with most of the growth in Ilderton and Komoka-Kilworth. However, most of the growth has been in the form of single-detached dwellings on larger lots.