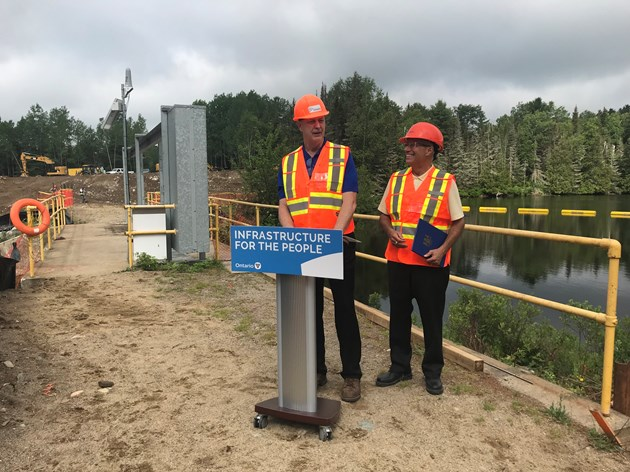 The ministry-owned dam, one of 398 dams the province is responsible for, is located in North Bay area. It has maintained water levels in Tilden Lake since it was built in 1961. The new dam is already underway, downstream from the current structure. The old dam will be removed once the new one is built.

Mattawa and West Nipissing declared states of emergencies earlier this year, as a result of major flooding.

“The safety of the public and the protection of our communities is our number one priority,” Yakabuski says. “We are taking immediate action to address aging waterway infrastructure, allowing the province to maintain safe water levels to lower risks to Ontarians, their property, and the natural environment.”

“We’re investing in infrastructure that has real benefits for the people of Northern Ontario,” said Vic Fedeli, minister of economic development, job creation, and trade as well as MPP for Nipissing, who was also present at Friday’s announcement.

The Ontario government’s 2019 budget allows for money to protect great lakes through replacement of aging infrastructure, as part of the Made-in-Ontario Environment Plan.