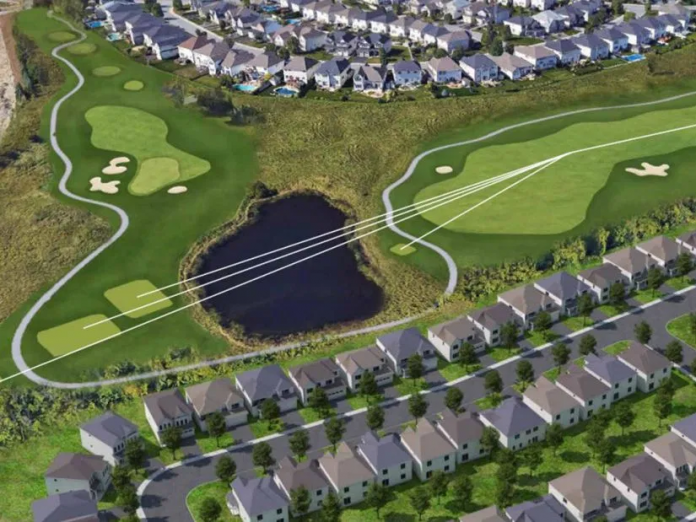 Residents of a suburban Ottawa neighbourhood will soon likely have the opportunity to vote on whether to pay a special levy to purchase a golf course from a residential developer, following a vote by the city’s finance and economic development community.

There however is debate in the community as some residents are concerned about the possible cost – a property tax increase per household of $400 or more – to purchase the Stonebridge Golf course for $6 million from Mattamy Homes.

The residential developer had originally planned to develop the golf course into, that would remove the views from several homes but not affect others so much in the west-end neighbourhood.

Instead, after negotiating with the Stonebridge Community Association, Mattamy decided to proceed instead with an application to develop 158 units on a portion of the site. It has agreed to operate the golf course for another 10 years and not develop the land if the Stonebridge community buys the 198-acre property.

To comply with provincial legislation, the city would have to buy the golf course. After collecting the special levy, the city could then transfer the land to the local community group for a nominal amount to operate or return to green space.

The residents will be asked to vote on whether to purchase the property through a mail-in ballot. However, some residents are not happy with the deal, as everyone in the community will need to pay for levy, not just residents whose homes currently back on the golf course and stand to lose the most if it is developed.

Peter Nikic, whose home doesn’t back onto the golf course, started a group called Stonebridge Facts to share his concerns with fellow residents, CBC has reported.

“You guys are writing this stuff on the back of paper napkins and you’re making it up as you go along,” Nikic said at the meeting, to a mix of jeers and applause.

Going into the meeting, Nikic said he’s concerned that he hadn’t seen a contract with details about out clauses and the long-term management of the golf course.

“What are we going to be obligated to do on top of just paying a golf course tax?,” he asked.

In other business, the committee also approved a $142,298 brownfield grant to cover half of costs to remediate land at 101 and 103 Pinhey St,  Hintonburg. The applicant plans to build a four-storey condominium with 24 residential units and one level of underground parking. Once occupied, the properties would generate an estimated $10 million a year in increased taxes.

Items requiring council approval will be considered next Wednesday.