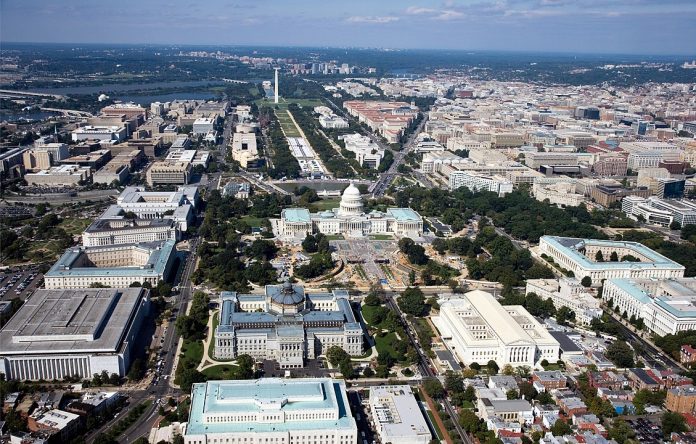 The visit there will bring back memories of an initially astoundingly successful, then ultimately ill-fated business venture. I certainly remember discovering SMPS just as I was pulling up my tail and preparing to close the Washington business for good.

The original expansion from Canada to the US in 2000 at the time was quite audacious. I had decided to start a new regional construction newspaper serving the metropolitan DC area, after discovering that major US publishers, with many regional construction industry titles, had left their own nation’s capital district out of the equation.

At the time, our business model relied heavily on supplier support features; the sort where we would offer a general contractor or owner free publicity for the project, in exchange for referrals and the opportunity to solicit subcontractors and suppliers for advertising.

This model of publishing/advertising sales, has been around for decades and can be quite effective for both the publisher and supporting advertisers. However, many publishers have overplayed their hands – stretching beyond legitimate relationship-based marketing to high-pressure tactics to effectively force suppliers/subtrades to “support” their clients – when they were actually paying for overpriced advertisements in not-so-good publications.

Initially, the business model worked really well and we reported our highest-ever monthly revenue in September, 2001. Yes, that September, with the infamous terrorist attack on the Pentagon and the World Trade Center.

I had set business expansion plans in place ahead of the terrorist attacks, and ultimately our business grew to four US cities before things began crumbling in 2003, reaching the point of a near-death experience in 2015-16.

There were many problems with the business, and the issue wasn’t just that the market was contracting. Our paying customers were feeling (rightfully) mistreated – and we failed to truly connect/contribute to the community and provide value.

Which leads to SMPS. This national association has many local chapters (including one in Toronto). Its real name should be “Society for Architectural, Engineering and Construction Professional Services) though I suppose the acronym SAECPS would be rather cumbersome.

This group represents individuals involved in marketing and business development, including proposal writers, chief marketing officers, entrepreneurs and seller-doers (often formerly known as rainmakers).  It offers a diversity of local and national career development and training programs. In essence, if you really want to learn and improve your AEC marketing skills, you should join the association.

My local publishers/staff, however, didn’t see the value in the association; they couldn’t see beyond the moment-to-moment business of grabbing more features and hitting up more subtrades/suppliers for advertising. (I am not letting myself off the hook – I was responsible for not stepping in and changing our business direction until it was almost too late.)

However, just as we were about to close up shop in Washington, I paid my membership dues, and became (then) one of only a few Canadian members – the Ontario chapter hadn’t been formed. I also started voluntary writing for the association’s journal, The SMPS Marketer.

SMPS has taught me the importance of relationships and an extreme customer-centred focus.  We still of course publish some supplier/based features, though we always strive now to ensure that every advertiser achieves real value and satisfaction. And, as you can see in these pages, we’ve retained our responsiveness for opportunities, including the new Ontario Construction Act’s provisions permitting competition for mandatory certificate/notice advertising.

When I return from Washington, I’m confident I’ll have some additional insights and suggestions to share about effective AEC marketing and business management, which I’ll share in future columns.

In the meantime, if you want to build your own relationships and knowledge, consider joining the SMPS Ontario Chapter.  I’m confident that you’ll find the investment to be worthwhile.