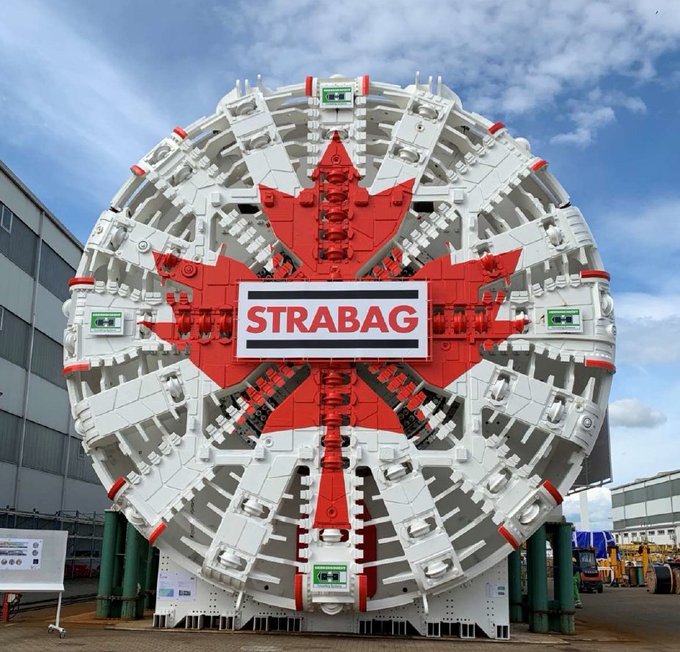 The  tunnel boring machine that will take the Scarborough Subway Extension to another milestone is being prepared for a cross-Atlantic journey.

The massive machine will be loaded onto a cargo ship and travel across the Atlantic Ocean –  6,300 kilometres from Germany.

“As excavation gets deeper at the launch shaft at McCowan and Sheppard, halfway around the world, the project’s massive tunnel boring machine has already started part of its journey to Scarborough,” Joshua Patel, senior advisor, said in a Metrolinx blog.

Since being pictured at factory testing at the Herreknecht facility in Germany in September, the tunnel boring machine has been dismantled and packaged into shipping containers for its voyage.

In the last few weeks, these shipping containers were put onto barges and moved up the Rhine River, from the German towns of Schwanau and Kehl to the Dutch port of Westdorpe.

Preparations are now underway to load the shipping containers onto “Jumboe Vision”, a cargo ship.

Jumbo Vision is a Dutch heavy load cargo ship with a carrying capacity of almost 7,000 tonnes – which means it can support the weight of almost 4,000 average cars. Scarborough’s TBM itself weighs around 2,000 tonnes.

The ship left Dutch shores on Sunday and is scheduled to arrive in the Port of Oshawa in mid-December. After clearing customs, the shipping containers carrying the TBM will then be moved by truck to the launch site at McCowan Road and Sheppard Avenue East, where it will be assembled and lowered into the ground in the spring.