SNC-Lavalin and two former company executives have been charged with fraud and forgery by the RCMP for allegedly paying bribes to obtain a Montreal bridge repair contract.

The investigation into various SNC subsidiaries and employees is related to bribes that RCMP allege were paid in exchange for obtaining contracts.

They, along with their former companies, have been charged under the Criminal Code of Canada with:

“We remain committed to disrupting, deterring and preventing both domestic and foreign corruption, and aim to bring individuals and companies involved in these types of crimes to justice, regardless of when they were committed,” Inspector Denis Beaudoin of the National Division RCMP Sensitive and International Investigations section said in a news release.

They were released from custody and scheduled to appear in a Montreal court on Sept. 27 along with representatives from SNC-Lavalin and SNC-Lavalin International.

The Director of Criminal and Penal Prosecutions (DPCP) has agreed to send an invitation to negotiate a remedial agreement with SNC-Lavalin and SNC-Lavalin International Inc. The invitation went out on Thursday, however, the executives are not eligible. 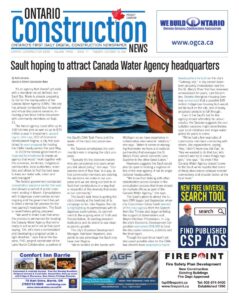