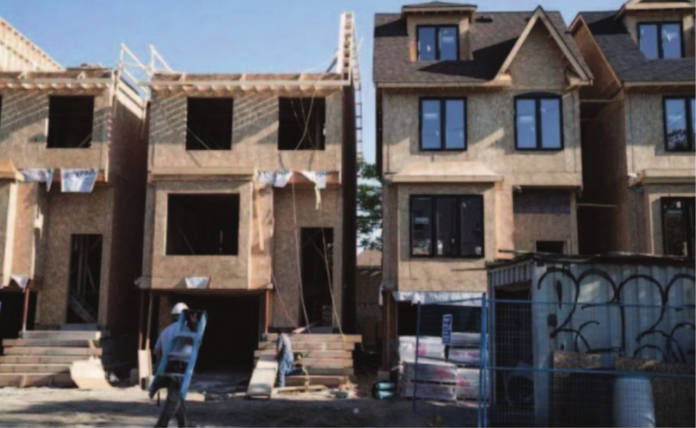 The Residential Construction Council of Ontario (RESCON) says it isis encouraged that the provincial government is taking a leadership role to help municipalities cut red tape and develop a data standard for planning and development applications that will speed up approval timelines and accelerate the production of new housing.

“We are delighted that the government is moving to modernize and streamline the system and assist municipalities transition towards digital service delivery and approvals,” says RESCON president Richard Lyall. “Municipalities need a standardized development approvals process and e-permitting system to help reduce the amount of time it takes to get housing projects approved in Ontario.

“The housing crisis has been growing and shows no sign of abating. The more than $45 million announced for a new Streamline Development Approval Fund will help municipalities digitize their services, reduce costs for developers and governments, and lead to increased supply of housing.”

Ontario has taken steps to improve the situation via the More Homes, More Choice plan as well as a new Housing Affordability Task Force, but more action is needed as the population is growing and housing prices are rising. With more than 400,000 immigrants coming to Canada each year, many who will end up living in the Toronto area, the crisis will get worse and threaten our economic recovery.

The new provincial initiative will help Ontario’s largest municipalities unlock housing supply by cutting the red tape that continues to stifle progress and improve the processes for getting residential developments under way. Over $8 million announced through the Audit and Accountability Fund to help large urban municipalities identify potential savings and efficiencies through third-party reviews will also further accelerate the creation of new housing and modernization of municipal services.

RESCON encourages innovation and has been urging the province to provide funding for One Ontario, an initiative that would set the stage for a comprehensive e-permitting system to replace the current patchwork of varying systems. The initiative was launched by AECO Innovation Lab, a consortium that is driving digital transformation across the architecture, engineering and construction sectors, and would eliminate redundant digital customizations in every municipality.

“We are in desperate need of new housing, so the initiative is a good fit. The province needs a standardized development approvals process and streamlined e-permitting system to help reduce the amount of time it takes to get housing projects approved,” says Lyall. “Bottlenecks in the systems are slowing development approvals. This initiative would give municipalities the tools to enable homes to be built faster.”