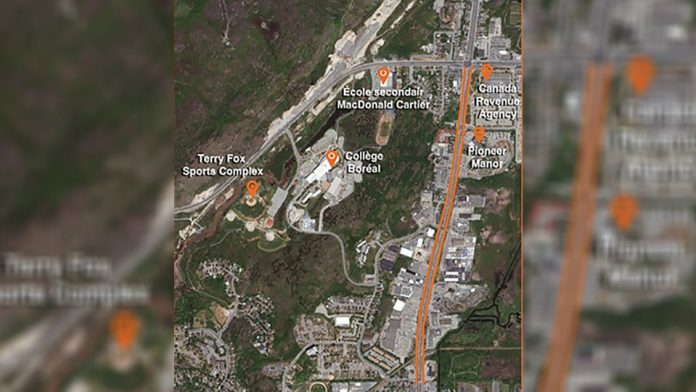 Cyclists in Sudbury are having their two-wheeled opportunities expanded following the City’s decision to use Ontario Municipal Commuter Cycling (OMCC) funding to provide transportation options.

Funds will be used to build the stretch of the Paris Norte Dame Bikeway from Lasalle Boulevard to Wilma Street in 2020, according to a report. It’s part of the city’s efforts to reduce its carbon footprint, mitigating the impact of climate change, the Sudbury Star reported.

“The bikeway will provide a viable alternative for residents to choose to cycle for transportation, which may lead to increased mitigation of the impacts of climate change locally. It is also in line with council’s strategic objective (to) ‘Create a Healthier Community.’ Installing safe, separated cycling infrastructure and providing connection to major destinations will help Greater Sudbury attain ‘Silver Bicycle Friendly Community’ status,” LyAnne Chenier, Coordinator of Roads and Transportation Administration wrote in a report to the operations committee.

The first phase of the project be built this year, at an estimated cost of $3.5 million, to be funded from the 2017, 2018, 2019 and 2020 Cycling Infrastructure accounts. The total amount of these accounts plus the Ontario Municipal Commuter Cycling (OMCC) Program funds is about $3.9 million. Project requirements from the OMCC say the funds must be used by the end of the year. It’s estimated that the total cost to complete the bikeway will be about $20 million, with the first phase coming in at $3.5 million.

As reported in the Star, the OMCC program aims to support municipalities developing cycling infrastructure to encourage people “to get out of their cars and onto bikes for their daily commute or other frequent trips.” The funding is part of the Province’s strategy to combat climate change by building municipal cycling networks as an alternative to driving.

There are two application streams for municipalities, each based on population. Municipalities must also state an interest in participating in the program annually, confirming they’d be able to fund at least 20 per cent of each project’s cost.

The creation of the bikeway dates back to 2016, the Star reports, when council approved the Transportation Master Plan, which proposed a comprehensive network of cycling options to “enable greater uptake in active modes of transportation.” A feasibility study was conducted for the Paris Street/Notre Dame Avenue corridor to add a barrier curb, separated cycle track for cyclists. The nine-kilometre bikeway will “form a north-south spine of the City’s growing commuter cycling network once complete.”

Paris Street and Notre Dame Avenue are primarily arterial roads, averaging annual daily traffic volumes ranging from 26,000 to 32,000 vehicles. The roads have sidewalks on both sides, except for the east side of Notre Dame Ave between Louis and Leslie streets. Cycling infrastructure is limited to the first segment of the bikeway that was completed in 2017, between York Street and Walford Road, says the report.

The engineering design of the physically separated cycling facility of the remainder of the nine-kilometre project was completed in two phases: the south phase extends from Walford Road to Regent Street, while the north phase focuses on the segment from York Street to Turner Avenue.

Benefits, states the report, include:

“Staff will bring forward another report in the second quarter of 2020 with the recommended phasing for the remainder of the project and the cost estimate for each of these phases,” says the report.