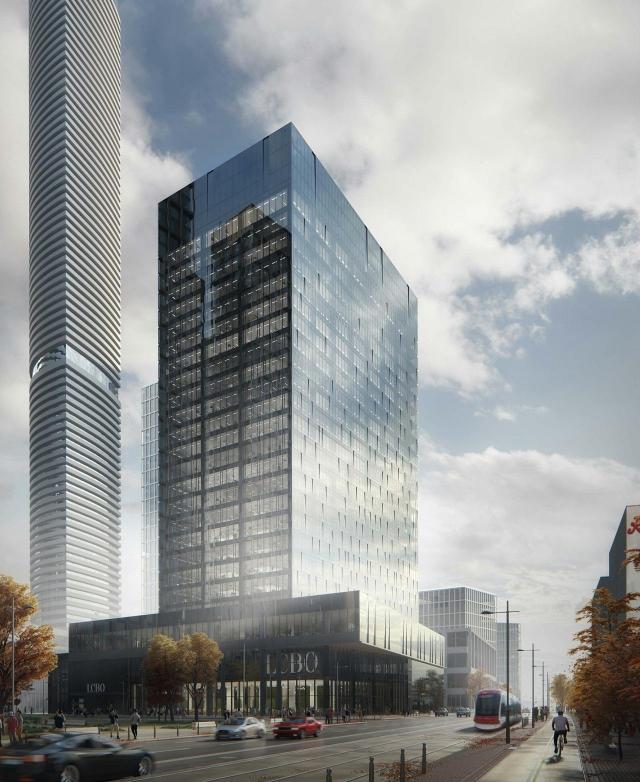 Development of Toronto’s Sugar Wharf community will soon enter into Phase 1 building, as two condominium buildings and an office building are set to rise up on the north end of the site overlooking Lakeshore Boulevard.

The condos, designed by architectsAlliance, will be 64 and 70 storeys tall. Foundation work has been ongoing since the start of the year. Meanwhile, building on the parking garage is set to begin on the fifth of five underground levels.

Following the condo towers, a 25-storey office tower designed by B+H Architects building is going up to the south, at 100 Queens Quay East. It’s set to house LCBO’s headquarters, the Toronto Region Board of Trade, and the World Trade Centre Toronto.

Menkes says amenities will include a fitness area, indoor pool, kids party room, a party room with kitchen and bar, hobby studios, and meeting rooms. A two-acre outdoor park will be included on the site.

In all, five residential towers are planned for the site. Phase 2 includes the final three towers, to sit on a retail podium. A public school is planned to be included in this portion.