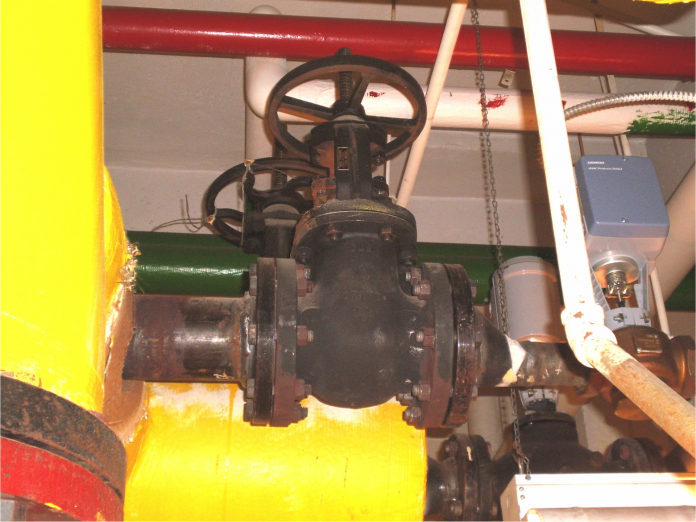 Traditionally, when builders, designers and property owners have thought about insulation, they paid attention to the building envelope. But the Thermal Insulation Association of Canada (TIAC)’s members have been focusing on insulating mechanical and piping systems for 55 years and are finally receiving recognition.

Steve Clayman, TIAC’s director of energy initiatives, says the association’s approximately 220 members provide and install insulation for water and steam pipes and ventilation systems, mostly in industrial, commercial and institutional buildings. “Historically, this area has been considered to be inconsequential, neglected… not even considered in energy efficiency – there wasn’t this idea of saving anything,” he said.

However, as environmental and building standards improved in the past decade, with benchmarking, LEED, and the progression to Net Zero and Passive House technologies, the design and construction community has started to see the immense cost and energy savings available with carefully planned mechanical insulation, he said.

The most immediate impact of increasing thermal insulation awareness is on new buildings and retrofits where the ducts and pipes are easily accessible – but, over time, significant savings are possible for other older, energy-inefficient structures.

“To understand the issue very simply, if you have a boiler in a building somewhere, and you want to send hot water up 50 stories, you want the water to arrive at the tap at the temperature as close as possible to what is generated at the boiler,” Clayman said. “If the pipes are losing heat along the way, the boiler has to work harder and longer to maintain the temperature.”

Described as the “water/energy nexus,” there is a correlation between water and energy waste.  “Every time you use water, except for gravity, it has to be pumped from somewhere – and electricity drives these pump.  If you waste water, the pumps have to work longer and that is wasting energy.”

As an example, if it takes 30 seconds for the correct temperature water to arrive at the tap instead of 10 to 15 seconds, based on American Society of Plumbing Engineers (ASPE) standards, “you are wasting water and energy,” he says.

These issues extend to air conditioning system, steam heating ductwork and other mechanical systems where energy loss occurs along the way.

Clayman says an excellent example of the savings possible with mechanical insulation system improvements occurred recently at Winnipeg’s St. Boniface Hospital. There were big, old tunnels between the different buildings with steam lines for heating, sterilization and other hospital systems.  Because the steam valves were not insulated, the tunnels became unbearably hot.

“The comfort level improved dramatically,” Clayman said. More significantly, after the retrofit, “the next billing from the natural gas company improved so significantly that they (the hospital administrators) were absolutely astounded. In fact, they got a call from their gas supplier asking what had happened.”

Of course, the savings are harder to achieve when the pipe and duct-work is enclosed within the building walls; meaning that it isn’t always immediately cost-effective to tear apart a building just to retrofit the mechanical insulation. However, Clayman says it certainly makes sense to think about insulation issues when retrofits and renovations are already in the works, and thoughtful insulation planning for new buildings is always worthwhile.

Because various buildings have different systems and structures, there isn’t a one-size-fits-all approach to thermal insulation improvements. But Clayman says undoubtedly the insulation will become more important in the years ahead as energy savings demands increase. Well-designed mechanical insulation systems can help reduce the size of boilers and heaters, and result in major energy savings.

Is there anything TIAC members would like to see from the design and construction community beyond recognizing the importance and value of effective insulation systems?

“We were dumbfounded by that approach – they (the developers/owners) were talking about inches. Of course, on a large building, the inches can add up, and if the developer isn’t responsible for paying the ongoing energy costs, “if I cannot rent the two inches you need for the insulation, we don’t want to do that.”

On a slightly different level, Clayman said there has been push back from contractors, architects and developers about the space required for risers – the piping that goes up the buildings – and the surface area and access for both the actual insulation, and its maintenance.

However, these perceptions are finally changing, he said.

“Our contention is that it makes no sense for a building to install a high-energy efficiency boiler or chiller and then not at the very least assess the condition of the mechanical insulation on piping and ducting connected to the equipment,” Clayman said.