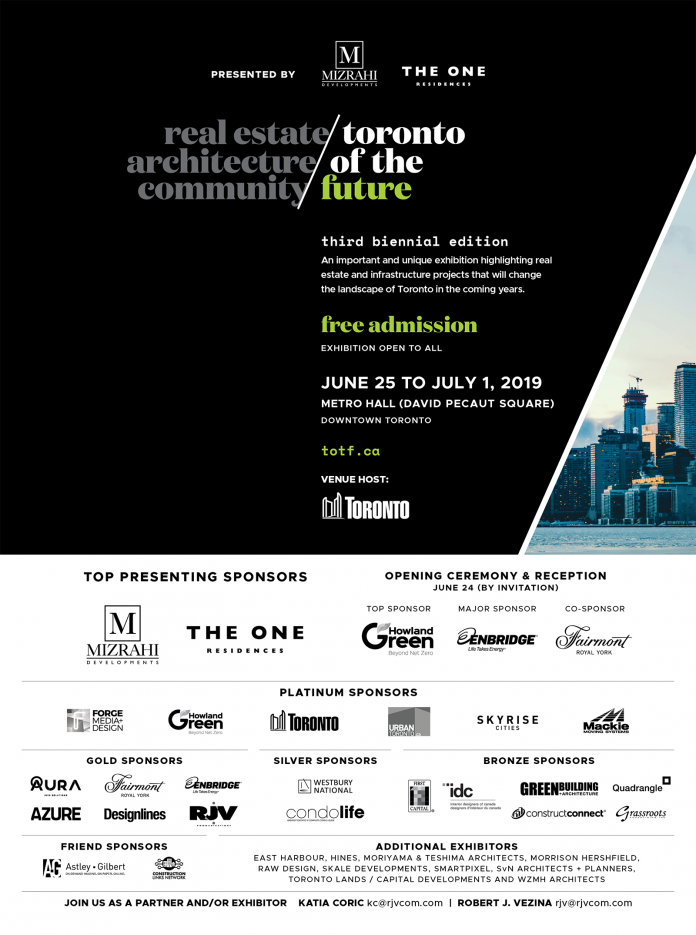 The third biennial edition of Toronto of the Future takes place from June 25 to July 1. The event features “a unique display of ideas for commercial, industrial and residential developments and urban infrastructure and transportation projects that will shape Canada’s most dynamic city in the years to come,” organizers say in a statement.

The event is co-hosted in collaboration with the City of Toronto. The top presenting sponsors are Mizrahi Developments and The One Residences. The first and second biennial editions of this event were held in the same venue in 2015 and 2017.

The event will feature 3D scale models, illustrations, renderings and virtual presentations from architects, contractors, developers and government agencies, including the City Planning Division of the City of Toronto.

“The displays will include various projects under construction, approved, planned or envisioned, but all will inspire the conversation of the evolution of a great city. Key stakeholders from the private and public sectors will be brought together to demonstrate to the public and media their leadership in contributing to the evolution of Toronto,” the statement says.

Thousands of visitors are expected to tour the showcase, in addition to the many people who pass through Metro Hall every day.

Partners and exhibitors confirmed include: