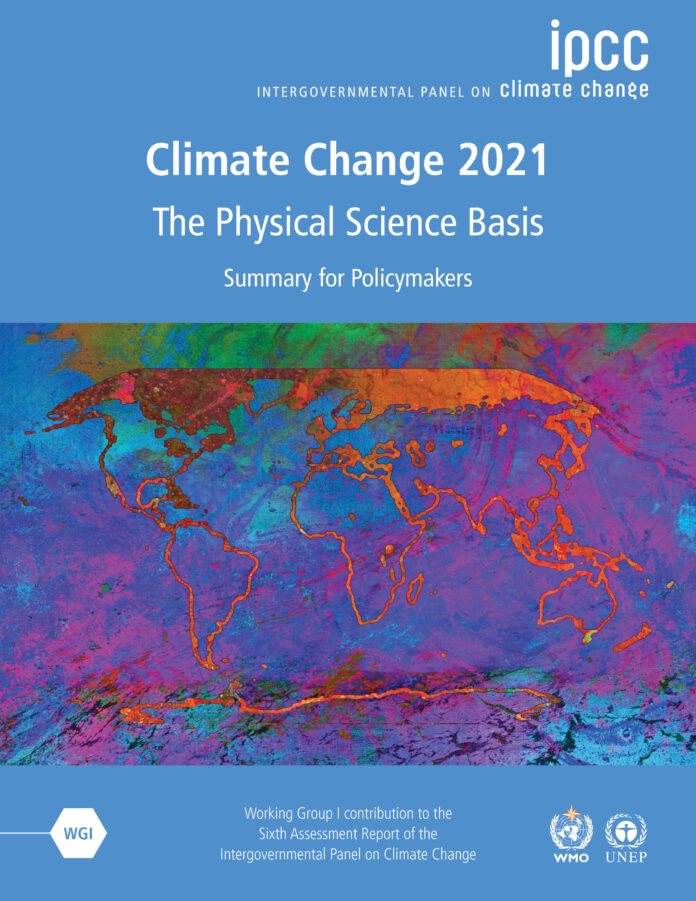 The secretary-general of the United Nations says a new report “must sound the death knell for coal and fossil fuels,” raising renewed questions about Canada’s climate plan and the long-term viability of its traditional energy sector.

The UN scientific paper says Earth is heating up so quickly due to human activity that temperatures in about a decade will blow past a level of warming that world leaders have sought to prevent.

Federal Environment Minister Jonathan Wilkinson acknowledged that parts of Western and Northern Canada are warming at three times the global average, with the ramifications playing out in a cycle of floods and wildfires in British Columbia and elsewhere.

The Liberal government has taken “aggressive climate action” through carbon pricing and a pledge to reduce greenhouse gas emissions by 40 to 45 per cent below 2005 levels by 2030, he said in a statement.

“With an election around the corner and climate-fuelled wildfires still raging across this country, the real question is if our politicians are listening and if any of them will step up and be the climate champions that we need,” she said in a statement.

The advocacy group (named for a “safe” level of carbon dioxide in the atmosphere) is demanding a moratorium on fossil-fuel expansion and a halt to the Trans Mountain pipeline expansion.

The Petroleum Services Association of Canada sought to dampen any echoes of a death knell.

“At the end of the day we cannot go to renewables overnight, and the world still needs fossil fuels,” Gurpreet Lail, head of the Calgary-based trade group, said in an email.

Alberta Premier Jason Kenney pointed to carbon-capture technology as helping ring in a cleaner oilpatch, but deemed the idea of abandoning hydrocarbons “utopian.”

“The flick of a switch is patently unrealistic,” he told reporters Monday. “The cost to human life would be incalculable.”

The authoritative Intergovernmental Panel on Climate Change report, which calls climate change clearly caused by humans and “unequivocal,” makes more precise and warmer forecasts for the 21st century than it did last time it was issued in 2013.

Each of five scenarios for the future, based on how much carbon emissions are cut, passes the more stringent of two thresholds set in the 2015 Paris climate agreement. World leaders agreed then to try to limit warming to 1.5 C above levels in the late 19th century because problems mount quickly after that. The world has already warmed nearly 1.1 C since then.

Under each scenario, the 3,949-page report said, the world will cross the 1.5-C warming mark in the 2030s, earlier than some past predictions. Warming has ramped up in recent years, data shows.

Canada, along with the United States and Australia, is among the top three biggest carbon-dioxide emitters per capita in the world.

“We will meet our Paris targets, we will reduce emissions, but we will also get people working,” he told reporters.

“The only way forward is to make sure workers are the heart of the solution,” he said, citing building retrofits, electric vehicles and public transit.

Under the federal climate plan, the number of jobs in clean energy is expected to grow by nearly 50 per cent to 639,200 by 2030, in step with a sector GDP jump of 58 per cent, according to a June report from Clean Energy Canada.