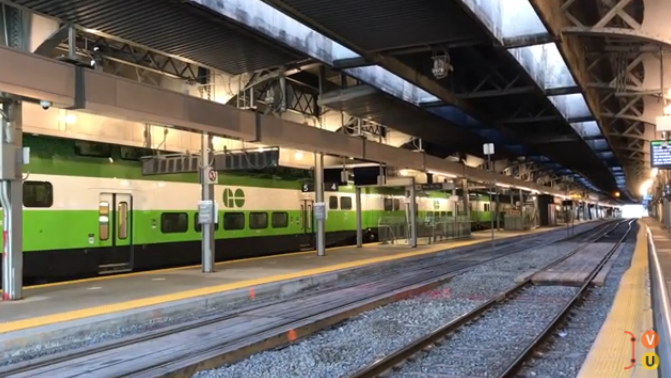 A revitalized Bay Concourse at Union Station is officially open, marking the end of several year of construction at Toronto’s Union Station.

“The Union Station Revitalization Project is one of the most complex construction projects in Canadian history. As a commuter, for years I passed through Union Station through its various stages of construction,” said Councillor Jennifer McKelvie, chair of the infrastructure and environment committee.

The revitalization was launched in 2009 to restore heritage elements of the century-old station, improve pedestrian flow and increase retail space.

Originally scheduled to be complete in 2015, the date was repeatedly extended and the budget spiked from $640 million to $824 million.

Construction delays were caused by disputes with contractors and other issues including the pandemic which, according to city staff, reduced the availability of tradespeople and forced the adoption of physical distancing measures that have slowed work.

Throughout construction, Union Station continued to operate as Canada’s busiest transportation hub, serving more than 300,000 visitors per day pre-pandemic. Over the course of the project, the USRP created thousands of jobs and significantly contributed to the GTA’s economy. 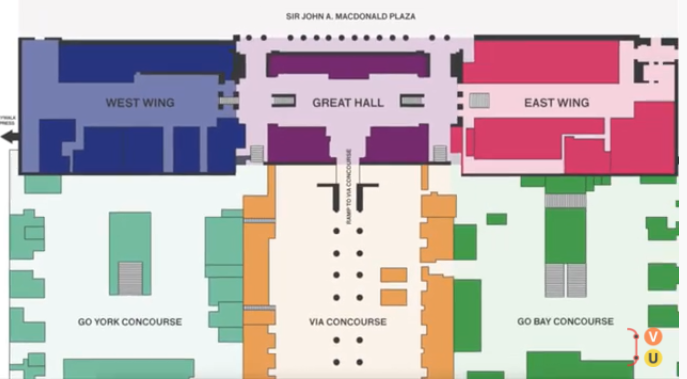 “After years of extensive work on this difficult project, the Union Station revitalization is now complete, and the last piece of the revitalization – the Bay Concourse – is opening to the public,” said Toronto Mayor John Tory.

“Now, Union Station is a place where residents, commuters and tourists can choose to hang out, shop, dine and experience unique art and culture installations and performances all while having access to an extensive transit system that stretches across Toronto and beyond our city.”

At approximately 60,000 square feet, the new and transformed Bay Concourse is more than 50 per cent larger compared to the original. In addition to providing more space, it offers services and amenities similar to the York Concourse for GO customers.

It connects to the Bay retail area, which includes more than 36,000 square feet of additional retail space.

Union Station, which first opened to public in 1927, features Beaux-Art style architecture and is a federally designated National Historic Site protected under a Heritage Easement Agreement. The City of Toronto purchased Union Station in 2000 from the Toronto Terminals Railway Company Limited and has since performed many upgrades to meet the demands of patrons for years to come. The USRP is a City of Toronto initiative supported by investments from the Government of Canada, the Government of Ontario and VIA Rail.