Home Around the province Welland’s downtown revitalization improves usability, makes most of natural waterways for those...
Facebook
Twitter
Email
Print 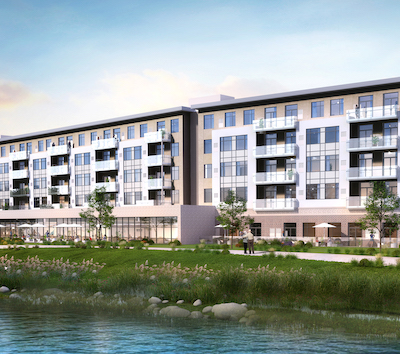 When it comes to natural beauty, Welland has a lot to work with. The city is on the shores of two lakes, one of which reaches nearly into the downtown space, offering fantastic views, and plenty of pristine water for commercial use and playtime.

Richard Dalton, manager of recreation and culture at the city of Welland, says two major projects are revitalizing the way residents and businesses use the waterways in the area.

The first is a boat rental program that rents all manner of watercraft for public use, be it kayaks canoes, or paddle boats. The boat rental will be located in a new facility near the centre of the downtown. Access will be gained through Welland Park, which itself is a bastion of green space, with a new skateboard park and other attractions, Dalton says.

The City of Welland was able to purchase the accessible docks for its recreational waterway through a grant from the federal government’s Canada 150 Infrastructure Program. The 360-square-metre facility will be made from shipping containers of different shapes and sizes. Dalton says changing the location of the boat rental will help the public to gain access to the water, while keeping scheduled programming for elite sports and special events.

“You’d think you were in the rural Muskoka region,” Dalton says about being out on the water in Welland area waters, while having access to the amenities the inland Niagara region has to offer. “It’s been an awesome attraction and a growing tourism opportunity,” he says.

The second program is the Flatwater Centre, which was commissioned for the 2015 pan am games, but now offers a world-class venue capable of hosting seven separate sports. Dalton hopes to see further sporting events use the space in coming years.

Welland is popular for water sports because the city has access to a 12 kilometre stretch of clean, clear water. Combined with the excellent facilities, it makes the place sought after in the water sports world.

But the fantastic use of water is only one of Welland’s attractive features. Dan Degazio, director of economic development for the City of Welland says access to boarders and spillover from the Greater Toronto Area has make Welland the ideal place for both business and new residents, and the city is seeing a resulting development boom.

Currently, a brand new adult living centre is in the works. Dubbed the Welland Centre, the $20 million project built by Plazacorp Investments, a Toronto-based developer, and is to have 134 units on the waterfront.

Annual building permits city-wide have more than doubled in the past 3 or four years, Degazio says. A new industrial park that’s scheduled for completion this summer is already sold out, while the existing park is adding five new buildings in the coming months.

Degazio says that while GTA spillover may be the root cause of some residential development, once people arrive the lifestyle makes them want to stay. “For lifestyle you’ve got golf, you’ve got water, you’ve got two lakes within ten minutes of each other.

The lifestyle is phenomenal, the cost of our housing compared to the GTA is a fraction of the cost,” he says. “When you add all that up, and then the jobs are here to sustain people that move here, it makes a big difference.”