Aquino, 48, was arrested and charged on Sept. 23, York Regional Police (YRP) Staff Sgt. Andy Pattenden confirmed in an email to Ontario Construction News (OCN) on Monday. The Globe and Mail reported last week that arrest followed an investigation by YRP detectives of several complaints from current and former staff of Bondfield in Vaughan.

The Globe and Mail reported that the complainants include two Bondfield officials who allege Aquino threatened to kill them in the months before he was fired in 2018, and one employee who alleged Aquino returned to a Bondfield storage facility in April of this year and assaulted him with a weapon.

Aquino was also charged with breaking and entering after allegedly entering the company’s headquarters in April “with the intent to steal documents,” Pattenden said in an e-mailed statement to the newspaper, which reported that neither Aquino nor his lawyer have responded to requests for comment.

In the email to OCN, Pattendden wrote that Aquino has been charged with two counts of Assault with a Weapon, a single Break and Enter count, and four counts of Uttering Threats. “He was released with a next court date of Jan. 6, 2021,” Pattenden wrote.

Bondfield, now insolvent, grew rapidly in the middle of the last decade. Under John Aquino’s leadership, the contractor “secured several high-profile government contracts, worth a total of more than $1-billion, to redevelop major Ontario landmarks and vital pieces of infrastructure,” the newspaper reported. “These included the renovation of Toronto’s Union Station, as well as restoring St. Michael’s Hospital in Toronto and Cambridge Memorial Hospital in southwestern Ontario.”

“But in 2018, the company imploded in what the Surety Association of Canada has called the most devastating collapse of a construction company in Canadian history. Bondfield faced more than 200 lawsuits from unpaid creditors and subcontractors, and work on the company’s projects across Ontario ground to a halt. On Oct. 15, 2018, Mr. Aquino was fired by his younger brother, Steven Aquino, who had supplanted him as CEO in the months leading up to his termination.”

As well, the Globe and Mail reports that on June 12, 2018, John Aquino “threatened to kill an employee who was doing work on his home.” As well, on Oct. 12, 2018, three days before he was fired, John Aquino “threatened to kill an adult male regarding e-mails that he didn’t like,” the Globe and Mail wrote, referencing police sources.

“As far as your story goes, I won’t provide any information on the victims, in order to protect them,” Pattenden wrote to OCN. “The Globe and Mail discovered that information on their own, and I won’t confirm it.”

Steve Aquino now is the CEO of Corebuild Construction Ltd., based in North York. He and other Corebuild employees have not been accused of wrong-doing, and he and his colleagues have co-operated with police and financial investigations into the former Bondfield operations. 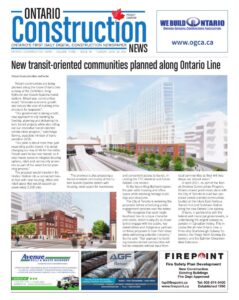