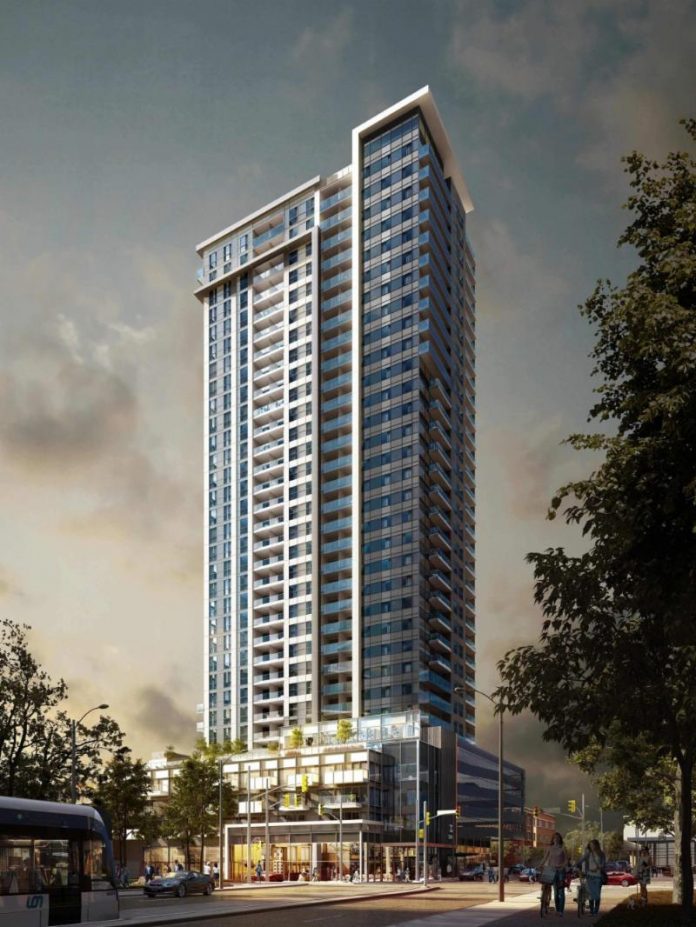 A multitude of development projects are about to get underway in downtown Kitchener, in a spate of growth that will change the look and feel of the area.

The combined projects bring an additional 2,800 residential units to the core, in addition to office and retail space they offer.

This growth is no accident. It is the product of careful planning and robust support systems by local and provincial governments that worked together to make the downtown ripe for development.

First, says Kitchener’s mayor Barry Vrbanovic, back in 2004 council and staff made a decision to focus on what Vrbanovic calls the new economy in tech and innovation, by setting up an economic investment fund. The fund could be used to invest in initiatives to promote the downtown.

For instance, $30 million was invested in the University of Waterloo to bring a school of pharmacy to downtown Kitchener which was the beginning of a health sciences campus, Vrbanovic says.

Another $6.5 million went to Wilfred Laurier University to bring a school of social work to the downtown to a heritage building council was looking to preserve.

During that time the Region of Waterloo decided to invest in an LRT, a project that will begin operating on June 21. “The construction of the LRT was really a way for us to manage intensification and growth,” Vrbanovic says. “Over the roughly 18 km that it’s running, we’ve seen about $3 billion of construction that has proceeded all prior to the LRT running,”

The cluster of growth may also be a reaction on the part of developers to a deadline – any buildings that were planned in the downtown core bordered by Cameron, Victoria, Joseph and Weber streets by the end of February 2019 realized an exemption of development charges on their build – which represents a significant cost savings.

Vrbanovic says the momentum from that incentive is working, because even now that the development charge exemption has passed, projects continue to be proposed in the downtown for future years.

The result of all this growth, Vrbanovic says, will mean more people living, working, and playing downtown that will result in a more bustling, urbane feel.

Among the projects are a 6-storey office space at 1 Young Street, the Charlie West building on Gaunkel Street that will house 300 residential units in its 31 storeys, a 7-storey residential building at 51 David Street, and the second phase of the City Centre at 55 Duke Street West, which is made up of almost 300 more units and is 26 storeys tall. The downtown will also see a new LCBO location at 334 King Street West.

Other projects are as follows:

Number of Storeys: 4 storey on top of an existing 3 storey. 7 storey in total (Shell ONLY)