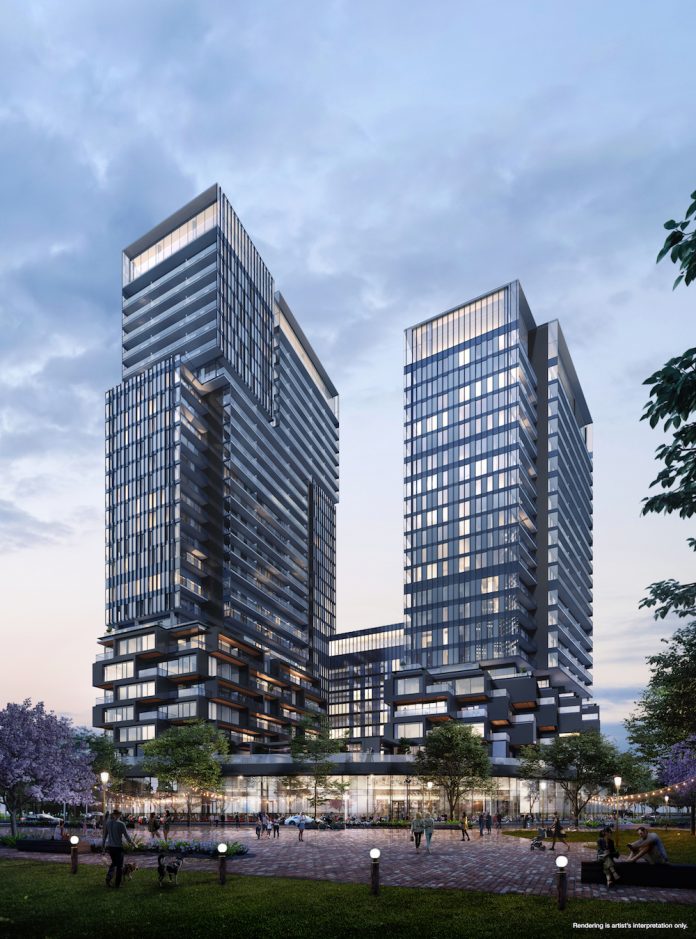 One of the GTA’s largest developments is taking shape on the west side of Toronto’s downtown area. ELAD Canada’s Galleria on the Park will ultimately include eight mixed-use buildings. The first stage will be a 29-storey high rise (Galleria 01), and the Wallace Emerson Community Centre and Park.

“Galleria on the Park will be transformational for this neighbourhood’s growth, bringing a downtown lifestyle to this western stretch of Dupont St.,” said Dror Duchovny, ELAD’s vice-president of marketing and asset management, when he described the project in early September. “On top of creating viable housing options, we are proud to be delivering larger and modernized public amenities and green space that will become the central gathering place for the entire neighbourhood.”

Duchovny told the Canadian Broadcasting Corp. that he expects the project’s first phase of construction to begin by next summer and take about four years. The entire project is expected to take about a decade to complete.

The project is being built on the 20-acre site of the current Galleria Shopping Centre. Plans are for the retailers on the site to stay open during the transformation, creating some logistical and construction project management challenges.

The redevelopment has been in the works for several years. Hariri Pontarini Architects and Urban Strategies began designing the master-planned community in 2015. Perkins + Will has designed the park and 95,000 sq. ft. community centre, one of Toronto’s largest. ELAD Canada has taken a community-focused approach by including the opinions of hundreds of people in the master plan, and resulting in a somewhat less dense project with fewer buildings than originally conceived.

“The new Wallace Emerson Community Centre and park will be the anchor and heart of the new development . . . an urban gathering place where the existing neighbourhood and new community residents will meet,”  Andrew Frontini, design principal at Perkins + Will, said in a statement. “The building’s materiality and colour were designed to create a vibrant community beacon that feels like an extension of the park, emerging to make a dramatic statement along Dupont Street.”

Meanwhile, CORE Architects has designed Galleria 01 – based on the neighbourhood’s original industrial roots.

A new street will be built through the site connecting Dufferin Street to Dupont Street.

“Galleria 01 required a highly creative design approach that not only took inspiration from its neighbourhood but also responded to the adjacent community centre and park,” RENX quoted Charles Gane, principal at CORE Architects, as saying. “While the community centre curves concavely, Galleria 01 curves convexly, creating a really interesting architectural dialogue between these two buildings.”