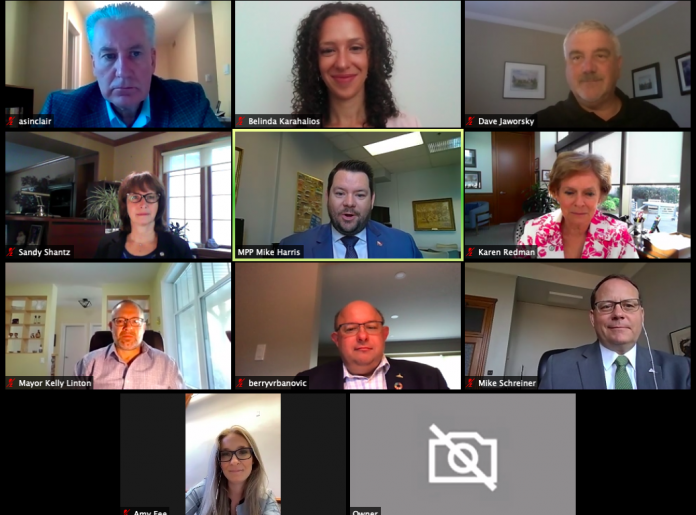 A new Highway 7 will be built to connect Guelph and Kitchener, the provincial government confirmed on July 15.

The construction project will consist of an 18-kilometre, four-lane highway with seven interchanges connecting the Hanlon Expressway with Highway 7 in Kitchener. It will also include new bridges over the Grand River.

Procurement and tender for the project could start next year for the multi-year project, Kitchener-Conestoga MPP Mike Harris announced on Zoom.

In 2018, the province shut work down for a review.

“We heard loud and clear that a new Highway 7 has long been a top priority for local residents, therefore today’s commitment is a clear signal that we are moving forward on this essential project,” area MPPs Mike Harris, Amy Fee and Belinda Karahalios said in a joint statement.

Field investigations and preliminary engineering work will need to be completed on the project before the province tenders and awards the contract in 2021.

“Hopefully, we will see shovels in the ground quickly and shortly,” Harris said, adding that procurement could begin as early as 2021, following field investigations and preliminary engineering is complete.”

The estimated cost has not been released.

“Project value will be available once the contract is awarded to a successful bidder, which is expected to happen next year,” Harris said. “We don’t want to attach a specific number to this project because we don’t want to interfere in the bidding process.”

The new highway will be funded from the $2.6 billion dollars the province has committed to infrastructure projects, including $760 million for expansion projects. It’s a project that has been talked about for decades, including an announcement 13 years ago that it was moving forward. Preliminary work including environmental assessments and the Victoria Street overpass have been completed.

“For whatever reason, it never really went much further than that,” Harris said.

“The County of Wellington is pleased that the Ford government is making good on its commitment to take infrastructure renewal across this province seriously. The moving from talk to action is the hallmark of good government, and we’re pleased we’re getting closer to action,” said Wellington County Warden Kelly Linton.

The expansion of Highway 7 will improve access to Ontario’s innovation corridor for people living in Guelph and working in Kitchener-Waterloo.