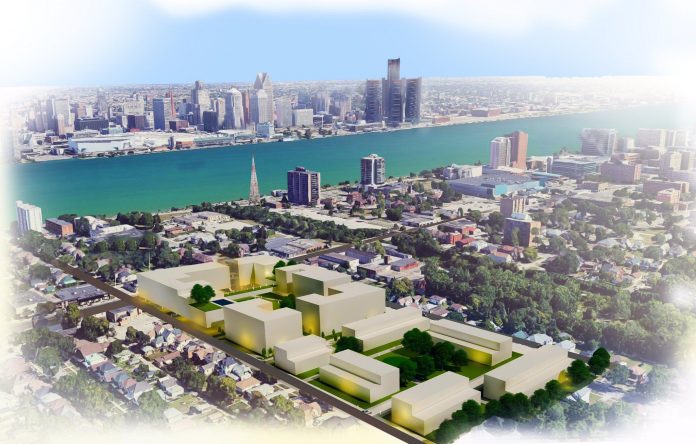 An Ontario Divisional Court has dismissed a request to appeal a Local Planning Appeal Tribunal (LPAT) decision, clearing the way for the way for Windsor’s new hospital project.

The LPAT ruling released in December 2019 upheld Windsor City Council’s decision to approve the rezoning of the selected site for the new regional acute care hospital and the official plan amendment for the surrounding area.

After a two-day hearing in May, Justice Gregory Verbeem dismissed a Motion for Leave to Appeal the LPAT ruling and ordered legal costs in favour of the City of Windsor and Windsor Regional Hospital.

“Each of its proposed grounds of appeal was without merit,” Justice Verbeem stated in his decision.

“In my view, CAMPP has failed to demonstrate that leave to appeal should be granted with respect to any of the grounds of appeal that it proposes. As a result, its motion must be dismissed.”

Citizens for an Accountable Mega-hospital Planning process (CAMPP) had appealed to the LPAT and lost. The group then requested a leave to appeal a decision of the Local Planning Appeal Tribunal — over the proposed location of the hospital.

It’s been five years since the proposed new acute care hospital was announced at County Road 42 and Concession Road 9 in southeast Windsor.

In 2018, Windsor’s council voted to re-zone lands to accommodate a mix of residential and commercial uses and the new hospital.

Windsor Mayor Drew Dilkens called the decision good news for the city and said it is now time to move ahead with planning.

The Windsor-Essex Hospitals System is a major reform to transform hospital services in the region for generations to come. It includes the integration of acute care in a new state-of-the-art acute care hospital that will replace existing outdated and undersized facilities; the integration of tertiary, acute and community based mental health care; a centre of Mental Health Excellence at the Hôtel-Dieu Grace Healthcare Tayfour Campus; and services in the city’s core, including Urgent Care (Satellite Emergency Department) and Outpatient Mental Health.

According to the County of Essex wevsite, “anew hospitals system will mean that patients will no longer need to be transported by ambulance between campuses for urgent and acute care, a real regional trauma centre with air ambulance capability, at least 80 per cent private rooms to facilitate modern infection control, and the infrastructure to support high-tech imaging and diagnostic technology that improves patient care and outcomes.”

“This is welcomed news for the residents of Windsor and Essex County. It is imperative that we continue to move forward with the single site acute care hospital project, which is paramount for the efficient and effective delivery of modern healthcare that all our residents need and deserve,” said Essex County Warden Gary McNamara.

The steering committee overseeing the project has developed a detailed community engagement plan for Stage 2 of the planning process that includes significant opportunity for all residents to have a voice and participate in the next step of the process.

“We are excited to move forward on this vitally important project to create a modern health system for Windsor and Essex County and look forward to next steps on the road to a new state-of-the-art acute care hospital,” said David Musyj, President and CEO, Windsor Regional Hospital.

Last week’s ruling could be appealed by CAMPP to the Divisional Court.