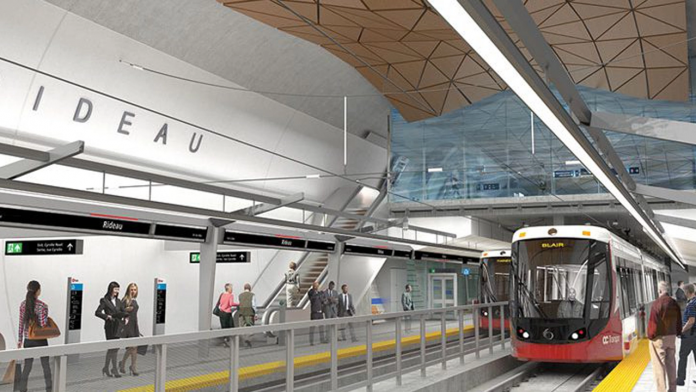 The Rideau Transit Group, responsible for the construction and maintenance of Ottawa’s flawed Light Rail Transit (LRT) system, has responded to the complaints raised in the city’s notice of default for the $2.1 billion project, but hasn’t provided an overall timeline to fix the issues.

City council at a virtual meeting on April 8 learned about the RTG response. The LRT system, which went into operation last fall, has been plagued by system failures and delays – to the point that the city needed to re-establish back-up bus routes to handle the traffic overflow. (Usage of the system has declined significantly during the COVID-19 pandemic).
RTG has responded “to each of the individual items in our list that we provided them,” Michael Morgan, the city’s director of rail construction, told councillors. However, the consortium “didn’t provide an overall date back to the city on when we can expect service to improve,” Morgan said.

“They’ve given us action plans for each of the individual items … but they didn’t give us (is) when are we going to see the service improvement when our customer is going to be able to see our reliable systems.”

Council had voted unanimously in early March – just before the COVID lockdown — to issue a notice of default. This is the first step in the complex process of potentially terminating the city’s contract with RTG. The city gave the builders until March 31 to provide a “credible and realistic” time frame to fix the myriad issues plaguing the Confederation Line.
RTG’s response includes some repair plans including:

However, Morgan said he wasn’t pleased to see some of the improvements stretch into next year, such as the February 2021 replacement of faulty rooftop inductors, which were responsible for failing to transfer power from the overhead cable to the light rail cars, CBC has reported.

“RTG also told the city it has long-term plans to address other issues including figuring out how to deal with ‘wire drop events’ like the incident in January when an 80-metre length of electrical cable came down near St-Laurent station,” the broadcaster reported. “The consortium is also looking at upgrading switch heaters and fixing HVAC issues aboard the light rail cars.”

Morgan told council he’s not satisfied that RTG has a plan to improve the overall reliability of the LRT system, and is planning to meet with the consortium for a “detailed planning session” soon.

He also also said RTG’s timelines for fixing the system could be further delayed because of the travel restrictions due to the COVID-19 pandemic, since some of RTG’s consultants, and many of the parts it requires to make repairs, come from Europe.

The default notice remains in effect. Council is to receive another update on the consortium’s plans to solve the problems in May.