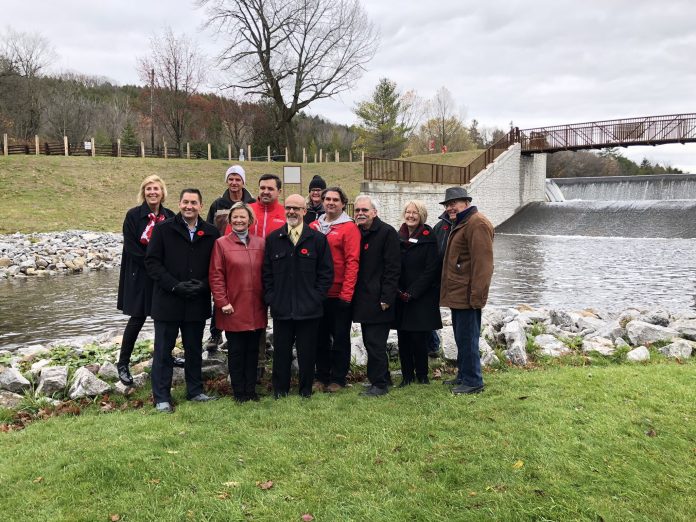 A ribbon-cutting ceremony was held Friday morning at historic Needler’s Mill in Millbrook, to mark completion of a project to rehabilitate the Millbrook Dam.

Otonabee Conservation (ORCA) and the township began the rehabilitation work at the dam west of Peterborough in January 2018 with $2.2 million in funding from the federal and provincial governments. The total cost of the project was $3.8 million.

The project, years in the making, included the replacement of the spillway and the reconstruction of the earthen berm surrounding the dam. Otonabee Regional Conservation Authority, which owns the dam, is replacing it because it’s been deemed unsafe.

At 200 years old, there were concerns that a major rainfall could cause the dam to fail, ultimately flooding Millbrook’s downtown.

The $3.8-million project received $1.1 million each from the provincial and federal governments through the Building Canada Fund – Small Communities Fund, with Cavan Monaghan Township picking up the remaining $1.2 million.

The cost jumped by $450,000 due to engineering and design work, tendering the job to a contractor, soil testing and creating a contingency for unexpected costs.

“The Millbrook Dam is a cultural landmark in this community,” Cavan Monaghan Township Mayor Scott McFadden said in a statement. “Its restoration preserves a significant piece of our history and restores a natural space that has been, and will be, enjoyed by both residents and visitors of the township.”

The Millbrook and Cavan Historical Society has compiled information about the history of the location’s dams and mills that will be placed on panels at a kiosk on the downstream side of the earthen berm next to Needler’s Mill.

Millbrook has had a mill since the community was founded in 1820 and the berm is intended to stop any water from flowing east of the spillway during high water events. With the reconstruction, under a high-flow scenario, water will overtop the spillway and flow over the west berm, which has been specially hardened to withstand the erosion that would occur.

A kiosk will be built with panels containing interpretative information about the history of dams and mills at the location. The kiosk will be placed on the downstream side of the earthen berm adjacent to the Needler’s Mill. 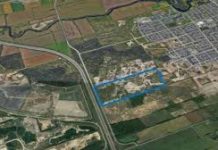 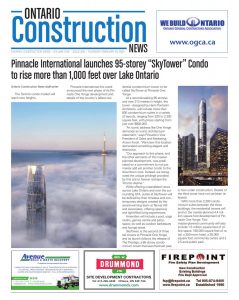