Toronto Tunnel Partners (TTP) (EllisDon and STRABAG) have achieved substantial completion on the Highway 401 and 409 Rail Tunnel project, without disrupting traffic on 21 lanes of highway traffic above.

At substantial completion, approximately 73,500 sq. m. of debris was excavated, with hauled away material to fill 8,000 dump trucks. More than 12,600 sq. m. of shotcrete was applied and they used enough cement to fill about 1,500 cement trucks.

“It’s an engineering bit of urban magic – with most of the secrets hidden just below the surface,” Teresa Ko, Metrolinx senior advisor wrote in an update.

The contractor, TTP, is working closely with Metrolinx to identify and correct any minor deficiencies and to complete finishing touches. For example, any final smoothing of the concrete of the tunnels or retaining wall will be done by hand. The ground leading up to the tunnels will be graded – creating an even floor for future track installation. Areas beyond the retaining walls and within the project limits will be restored with grasses. 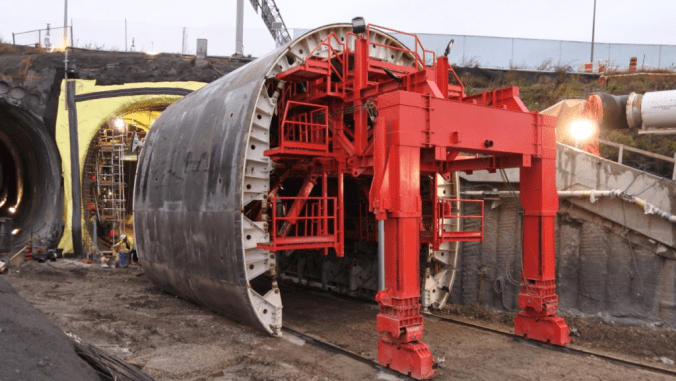 Looking inside the tunnel, there are two large cross-passages, which give access between each tunnel in the event of an emergency. Along the entire length of each tunnel, there is a fire safety system – equipped with sprinklers as well as silver pipes that provide water in case of a fire.

A fire hydrant is located at the east portal to give emergency crews easy access to water. As a standard safety measure, lighting was installed throughout the tunnels and emergency walkways are available for evacuation purposes. The walkway will also be used by maintenance workers.

There will be on-going monitoring at various points underneath the highway as a quality control measure for detecting movements in the ground. Once monitoring is completed, the instrumentation will be decommissioned and removed.

TTP has been constructing the twin tunnels, less than three metres underneath the Highways 401 and 409, without disrupting the 21 live traffic lanes directly above.

This work is part of a GO expansion program to transform the Kitchener line from a rush hour commuter service to all-day rail service.

“The project is a significant achievement and provides key infrastructure for the Kitchener line,” said Franca Costantino, Metrolinx senior manager of the project delivery team. “The tunnels will eventually help get more commuters off the roads and onto public transit, improving quality of life for many people.”

Crews started construction on the twin tunnels in the summer of 2019 by using auger boring to support the ground above where the tunnel would be excavated. This involved inserting large metal tubes into the top of each future tunnel to form a canopy, to support the structure before excavation started. Next, wprlers began digging out the tunnels and removing dirt, rock and debris. About 73,500 m3 of material was hauled away – an amount so large it required approximately 8,000 dump trucks.

By January 2021, both tunnels were completely excavated. 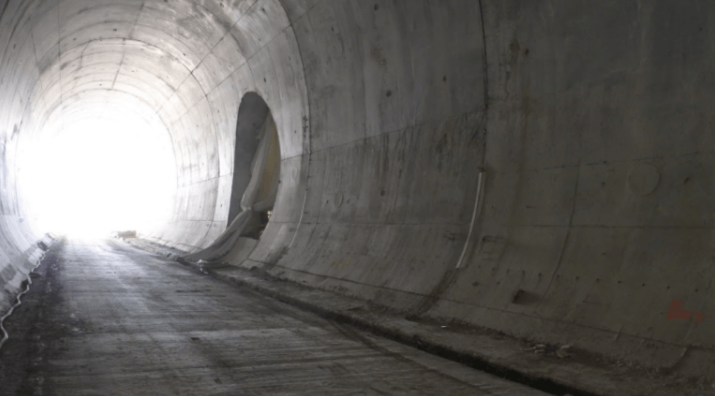 The team used the sequential excavation method (SEM), a construction method that provided a safe and versatile option for tunnelling underneath live lanes of traffic. The top half of the tunnels were excavated first followed by the bottom. As crews dug out a section of dirt, they also applied shotcrete – concrete sprayed on the newly excavated surface – to maintain the structure of the tunnel as the crew proceeded deeper inside.

For tunnel two, it was a little different – after careful planning, it was hollowed out by digging from each end and meeting in the middle. When the digging finally reached the median, the only way to breakthrough to the other side was to cut open a three-quarter inch thick steel wall with a torch. It took three days to cut and remove sections with an excavator.

After the excavation process, a key part of the tunnel construction was installation of the final liner.

The opening of the tunnels have been constructed using rebar and concrete to create a finished exterior. Retaining walls on both sides of the tunnel openings were built to keep soil and ground in place, away from the tunnels.

To avoid flooding in the tunnels, a new storm sewer was installed which safely moves excess water away from the tunnels.

The next phase of major construction, and performed under a separate contract, will include track installation, signalling and communications infrastructure. Although customers may not be able to travel through the new tunnels right now, this important work will help increase service on the Kitchener rail corridor in the future. It is all part of Metrolinx’s plan to deliver better, faster and more frequent GO train service to core segments of the network. 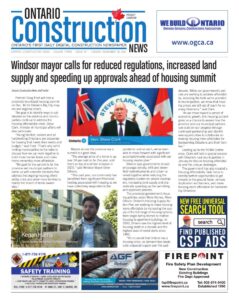