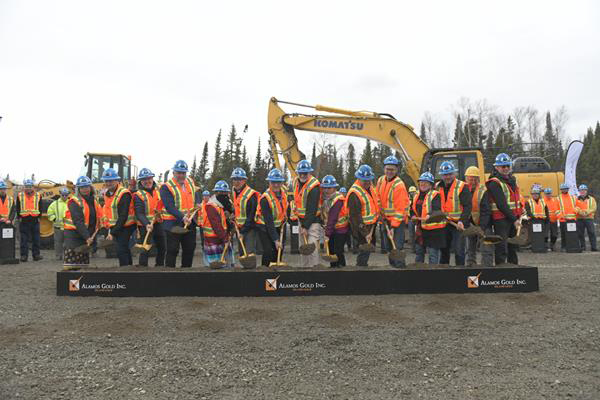 Alamos Gold Inc. held a ground-breaking for the Island Gold Mine expansion expected to increase production, lower costs, and be an economic engine for the Algoma region.

During the construction phase of the expansion, employment is expected to double to 1,200 jobs.

“By further investing in the Phase III expansion, we will more than double the mine life. This mine will be an economic engine for this region for years to come, and positively impact the closest town of Dubreuilville and surrounding communities.”

“The Island Gold expansion will help to strengthen the Algoma economy and is the latest in a series of recent success stories in Ontario’s mining sector,” said Greg Rickford, Ontario minister of Northern development, mines, natural resources and forestry.

“The project will bring good-paying jobs and prosperity throughout the region including northern and Indigenous communities.”

Island Gold’s employees account for over 20 per cent of total mining employment in the Algoma region with approximately 6 per cent belong to Indigenous communities – more than twice the mining industry average of 2.4 per cent in Ontario