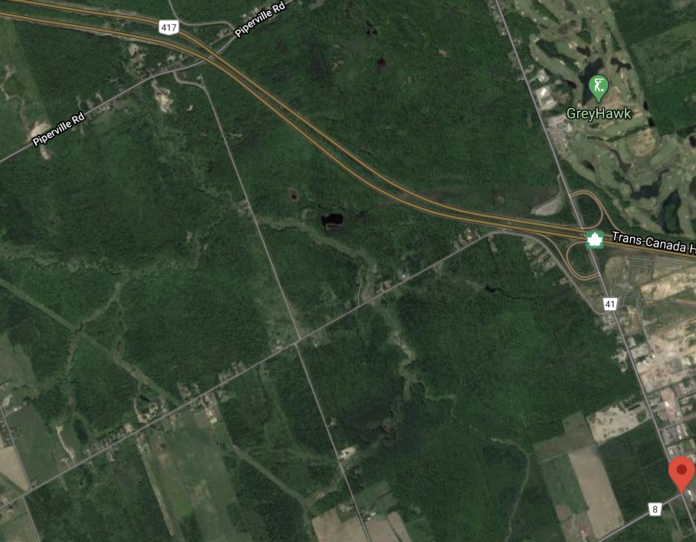 The Algonquins of Ontario have teamed up with Ottawa developer Taggart Investments to propose a substantial new suburban community of 35,000 to 45,000 residents in the city’s eastern area.

However, the proposed development, given the name Tewin (‘home’ in the Algonquin language) would require a significant expansion of the city’s urban development boundary, The Ottawa Citizen reports.

The land purchase southwest of the intersection of Highway 417 and Boundary Road, “is an investment in our future and provides for invaluable opportunities for economic development and capacity-building for the Algonquins within a major city, within our traditional territories,” the Citizen quoted Wendy Jocko, chief of the Algonquins of Pikwakanagan, as saying.  Pikwakanagan is an Algonquins of Ontario community.

“I’m personally passionate about this project because it’s basically what I have always dreamed of doing,” said Michelle Taggart, Taggart’s vice-president of land development. She described in the punished report the partnership with the Algonquins of Ontario “much more than a land deal” because there’s an opportunity to build a sustainable community using values of the Algonquin people.

Ottawa City Council had approved in May adding between 1,350 and 1,650 hectares of development land inside an expanded urban boundary over a 26-year period, which would accommodate 401,000 new residents. But a decision has yet to be made about which lands will be included in the boundary.  Inclusion, of course, means an economic windfall for the relevant land owners since the land value would increase immensely if it can be developed.

The Citizen reported that Alain Miguelez, the city’s manager of policy planning in the planning department, said staff are targeting a date in early 2021 to bring a report on urban expansion to a joint meeting of council’s planning committee and agriculture and rural affairs committee.

“The Algonquins of Ontario and Taggart believe they have a huge advantage, going as far to suggest their proposed suburb will be the best one designed and developed in all of Ottawa,” the newspaper reported. “The suburb would have a large mix of housing types and include employment land. The Amazon warehouse on Boundary Road is just east of the property.”