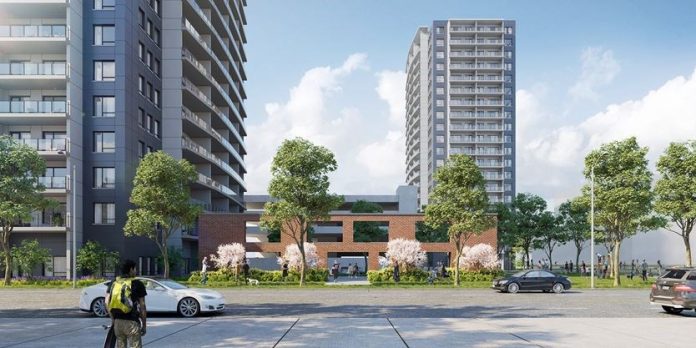 Barrie’s planning committee has given the green light to a proposed development that will bring 600 residential units to the west of the downtown core, spread among three towers on 6.94 acres.

The proposed mixed-use, high-rise project by HIP Developments includes a new three-story 77,000-square-foot YMCA. Two of the towers will be 20 storeys in height, while the third will be 10 storeys.

The city could receive $12.4 million in development fees from the residential component of project, and $1.48 million from the YMCA. Cash-in-lieu of parkland will amount to $3.25 million, plus five per cent of assessed land value of the YCMA site, Barrietoday.ca reports. The education levy will be $1.8 million, while the finance administration fee will be $45,150.

The development includes a semi-public urban parkette that contains the heritage façade of the Prince of Wales Elementary School, just south of the intersection.  A five-storey parking structure and surface parking is proposed to serve the entire development, providing a total of 822 parking spaces (600 parking spaces for residential units and one space per four persons for the YMCA.

Staff recommends approval of the application, reads the report, as the lands are considered appropriate for this form of mixed-use development in accordance with provincial and municipal policy.

“Staff is recommending a special provision for building height that permits the additional maximum height of 70 metres as proposed, but which maintains the intent of the step-back provisions to create a pedestrian-focused and human-scale development,” reads the report written by Michelle Banfield, Director of Development Services.

A street extension will:

The proposed development is also in line with the City’s intensification policies, Banfield wrote. 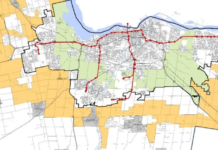 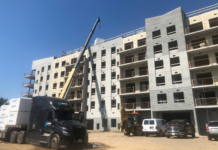 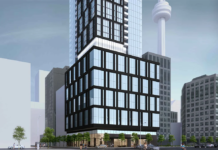