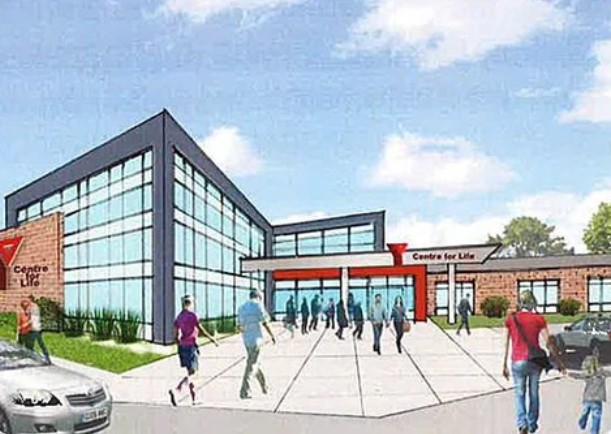 Belleville’s YMCA has launched a $9 million fundraising campaign to help fund construction of a new family sports and recreation facility.

David Allen, president and CEO of YMCA of Central East Ontario, presented the plan to councillors and the project has received an $8.9 million federal grant and $7.4 million from the province.

“We were one of a handful of projects similar to ours,” Allen told council at a recent meeting. “There were only five or six in the entire province of Ontario that received this type of funding.”

The new facility is planned to be constructed at the now vacant Bridge Street West construction site wedged between the Quinte Curling Club and the separate Belmont Nursing Home and has traditionally been used during the Quinte Exhibition as an overflow area for parking.

Amenities will include a gym, climbing and ninja room, a universal community space and swimming pool. The estimated construction cost is $27.4 million.

“When you came two-and-a-half years ago, and we didn’t have a location, we didn’t have a funding stream,” Belleville Mayor Mitch Panciuk said after the presentation. “But our council put the flag down and said that we need a new facility. And that has led to this which is incredible,” said Panciuk. “This is going to be a very successful project.”