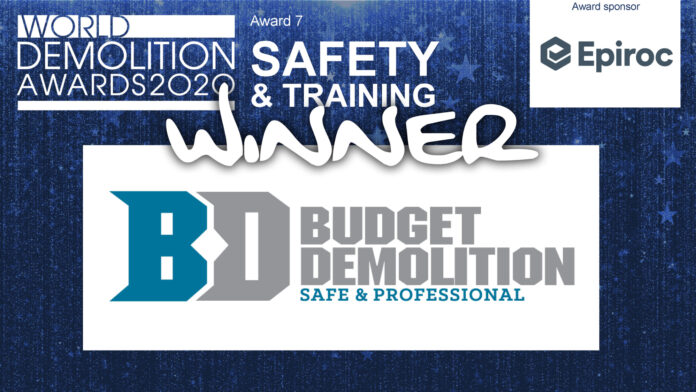 Budget Demolition, based in Hamilton, is the first Canadian company to win the Safety and Training Award at the World Demolition Summit.

Budget Demolition was nominated for the safety and training award for achieving Certificate of Recognition (CoR) health and safety accreditation after a five-year overhaul of its safety program, said Budget Demolition business development manager Christina Murray.

The company was also a finalist in the Urban Demolition under US$10 million category for its work at the Old Windsor City Hall, which presented challenges including limited site access, limited workspace, dust migration and nearby historic monuments.