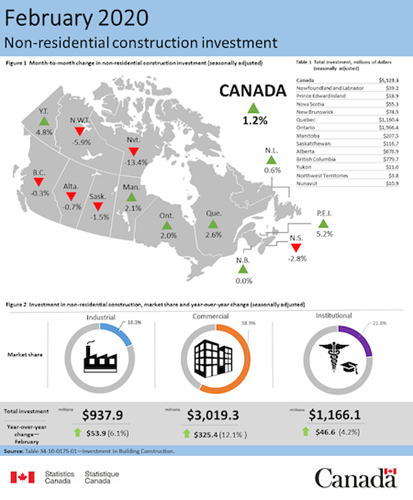 According to a Statistics Canada report, building-construction investment grew by 1.3 per cent to $15.9 billion in February.

In its monthly review the agency reported that all components of the residential and non-residential sectors reported gains for the fourth straight month.

Non-residential investment increased 1.2 per cent to $5.1 billion with Ontario and Quebec reported the largest gains.

Commercial building showed the greatest growth in the non-residential sector at 1.5 per cent, reaching $3 billion. Ontario (+2.7 per cent to $1.1 billion) and Quebec (+3.5 per cent to $650.4 million) contributed the most to the gains, which more than offset declines reported in six provinces.

Total construction investment in Ontario reached $6.4 billion in February, up 0.9 percent while investment in the residential sector grew by $15 million for month. A $17 million increase was recorded in single-family housing while multi-family construction dropped $3 million.

Investment in the province’s non-residential sector jumped by about $40 million, or 2.0 percent. The value of commercial investment increased about $30 million (to $1.96 billion), while the industrial component increased by $6 million (1.3 percent to $407 million) and the institutional sector increased by $5 million to $428 million. 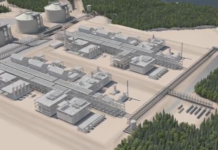