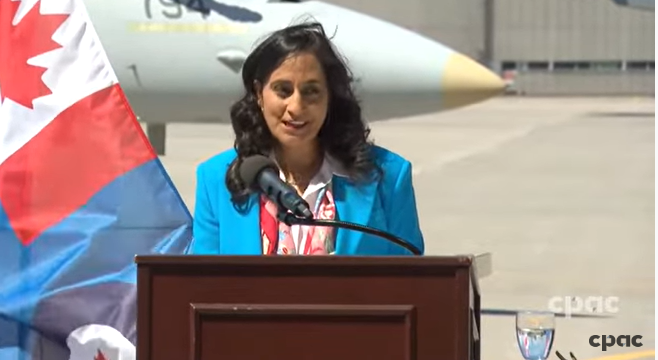 “NORAD has continually adapted and evolved in response to new threats,” Anand said. “Today, we turn another page and begin NORAD’s next chapter.”

Funding is expected to come from the latest federal budget, which set aside up to $6 billion for a variety of commitments, including NORAD modernization.

The NORAD overhaul will include the replacement of the North Warning System, a chain of radar stations in the Far North. The system eventually will be replaced with two different types of radar systems — one northern, one polar — that have the ability to look over the horizon.

The overhaul also will deploy new satellites built to track moving targets on the ground and a top-secret series of remote sensors.

The new network will monitor not only the Arctic — NORAD’s traditional domain — but also Pacific and Atlantic approaches to the continent.

Military experts have long warned that NORAD’s current surveillance system is not built to track cruise missiles — weapons fired from submarines or from outside of North American airspace. It’s also not set up to deal with hypersonic missiles, which travel at many times the speed of sound.

“This is the most significant upgrade to Norad, from a Canadian perspective, in almost four decades,” she said in reference to the shared U.S.-Canadian system used to identify attacks from land and sea on North American soil.

“In addition to these immediate investments, this plan is funded for the long term. This plan has a total value of approximately $40 billion over the next 20 years. And it will deliver new capabilities to protect Canadians for generations to come.”

The minister went on to list five areas in which those investments will focus, starting with the establishment of a new “layered” surveillance system to replace the North Warning System, a string of radars built in Canada’s Far North in the 1980s to identify approaching Russian bombers that represents the backbone of this country’s contribution to Norad.

Neither Anand nor chief of the defence staff Gen. Wayne Eyre or Lt.-Gen. Alain Pelletier, the deputy commander of Norad, would say when the North Warning System will be replaced.

“As we have more information about the precise timing of the changeover from one system to another, we will make that clear,” Anand said when asked about the lack of timeline.

“At this point, what we are introducing is that we will be moving to a new surveillance system. And until that time, the North Warning System will remain in place and will be operated and maintained.”