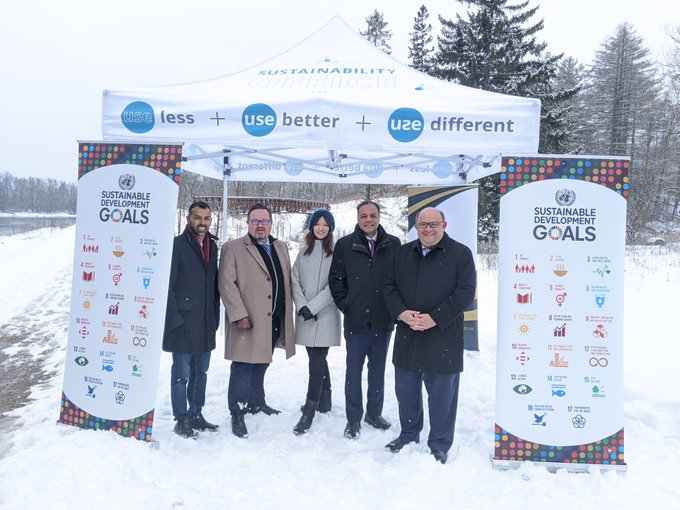 According to a sustainability report, the City of Kitchener has reduced greenhouse gas emissions by 27 per cent since 2010.

One focus will be improvements to the city’s stormwater infrastructure, as an increased risk of flooding is one of the main local impacts of climate change. The federal government provided $50 million in disaster mitigation and adaptation funding in May 2019.

“Strong action from communities across the world is absolutely critical to meet the emission targets laid out in the Paris Agreement,” Kitchener Mayor Berry Vrbanovic said in a news release. “The release of the 2019 sustainability report is an opportunity to celebrate our considerable progress to date, but also to reflect on how much still needs to be done.”

“In many ways, the city’s climate action is a microcosm for global efforts to combat climate change,” sustainibility officer Claire Bennett is quoted saying in Kitchener Today.

“The road to sustainability is a journey of a thousand steps, and we’ve been working with staff from every department to audit and assess opportunities. With this detailed information, we understand our potential for energy and greenhouse gas reduction.”

Savings are re-invested into other efficiency projects. Having a strong climate action plan has positioned Kitchener to realize significant cost savings as well as be prepared for grant opportunities.