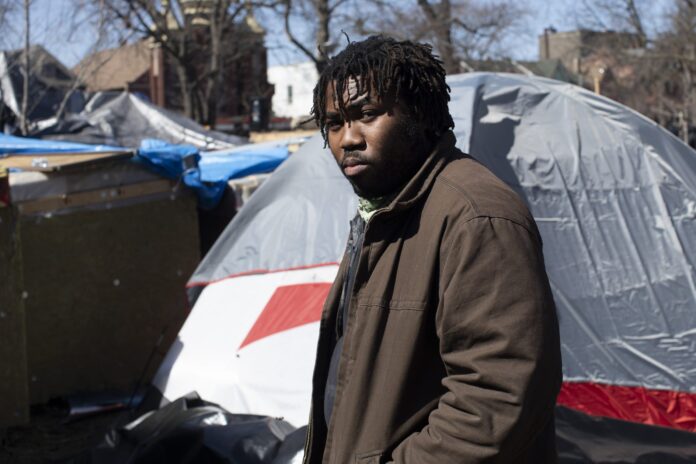 The City of Toronto has reached a court settlement with Khaleel Seivwright to permanently restrain Seivwright from placing and/or relocating tiny shelters built by Seivwright on City-owned land or otherwise creating a nuisance or interfering with the city’s rights in violation of the City of Toronto Municipal Code.

The city applied for a court injunction  with the Superior Court of Justice on Feb. 12 to stop Seivwright from placing or relocating wooden structures on city property, including in parks and on city rights-of-way. 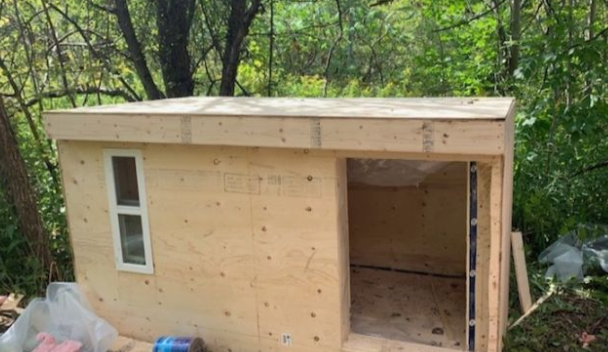 These wooden structures are not legal dwellings and the city’s Parks Bylaw and Streets Use Bylaw prohibits camping and placing tents or structures on city property, a statement from the city says.

There are numerous fire safety risks that exist in encampments including fires, gasoline generators, propane tanks and lack of access to adequate means of fire suppression. One night night, an encampment fire sent one person to hospital with serious injuries, the statement said.

“Given that these structures are made of combustible material, are confining, and difficult to escape from, they are unsuitable for human habitation,” the statement says. “The quantity of combustibles frequently noted and observed inside these structures, combined with activities associated with the use of open flames, increases the probability and consequence of fire.”

To date in 2021, there have been 145 fire responses of which 85 were uncontrolled fires. The city says in the week of Aug. 18 – 25, there were three fires. In 2020, Toronto Fire Services responded to 253 fires in encampments – a 250 per cent increase over the same period in 2019. “Fires in encampments pose not only a danger to those living in encampments, but also to first responders and the broader community,” the statement says.

As outlined in last June’s city manager’s report to City Council, encampments contravene several chapters of the Municipal Code and are not a solution to homelessness. “The health outcomes for people who stay outside are complex and serious. Individuals living in encampments are also at risk of contracting COVID-19.” The report is available here .

“The city is continuing to engage with people experiencing homelessness, including those at encampments, encouraging them to accept safe indoor space, offering them the supports they need and help to secure permanent housing. Streets to Homes staff have been doing this important work with people living outside long before the pandemic started and will continue to do it. More than 1,880 people staying in encampments have been referred to safe inside spaces since April 2020.”

Since June 15, 206 people staying in encampments have been referred to safe inside space, the city says. “Since last spring, the city has referred more than 832 people from Moss Park, Lamport Stadium, Alexandra Park and Trinity Bellwoods Park to safe indoor accommodation.”

Since mid-December 2020, the city has opened more than 570 supportive homes as of July 2021. This includes new modular housing, acquisitions, as well as the city’s Rapid Rehousing Initiative that leverages Toronto Community Housing units.

“The city is aiming to open approximately 1,170 new permanent, affordable and supportive homes over the next 18 months, with about 1,000 ready for occupancy by the end of 2021 and the remainder by spring 2022. Currently 82 projects are in the city’s affordable rental development pipeline, which will create 10,676 new, permanently affordable rental homes once completed.

“To this end, over the last several months the city has announced nine new supportive housing projects consisting of more than 700 new homes across the city. The new housing will be developed through acquisition and renovation of existing properties or modular construction on city-owned or controlled lands.”

A map and information is available online.

“Bringing people inside means there are fewer people experiencing homelessness living outdoors and exposed to higher health and safety risks. Supportive housing offers a warm, safe place to call home; the necessities of life such as food, washrooms, and laundry facilities; and the opportunity for strengthened community connections.