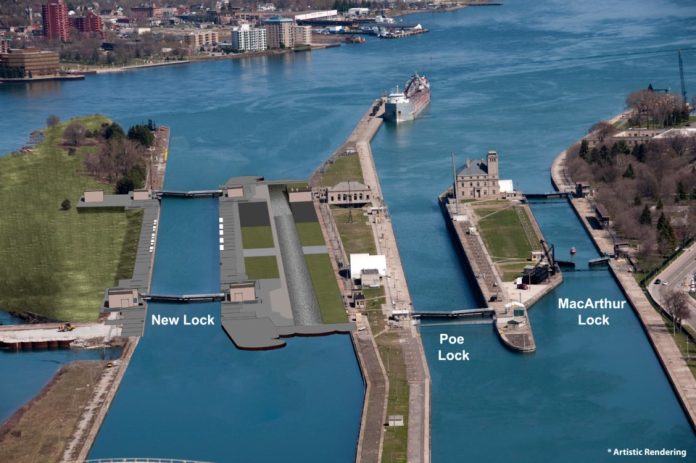 Construction of the third and largest phase of the newest Soo Lock will start this summer, the U.S. Army Corps of Engineers announced, following the awarding of a $1.068 billion contract.

“The Corps of Engineers looks forward to beginning construction on the new lock chamber later this summer, and we continue to work hard to maintain the pace and continue to make progress toward New Lock at the Soo total project completion in summer 2030,” Project Manager Mollie Mahoney said in a news release.

A major cost increase caused by inflation, a labour shortage and design modifications resulted in a five-month contract award delay while the Corps of Engineers developed necessary reports to deliver a new cost estimate for reauthorization to Congress.

“We recognize funding a larger amount for the new lock at the Soo is a challenge that could potentially result in schedule impacts,” said Deputy District Engineer Kevin McDaniels.

With continued funding, remaining work, valued at $803.95 million, may be awarded over the next three years.

To make way for the new lock, two decommissioned locks from the First World War-era will be demolished. The new lock will be able to accommodate the largest ships on the Great Lakes and will be a twin to the nearby Poe Lock at the site.