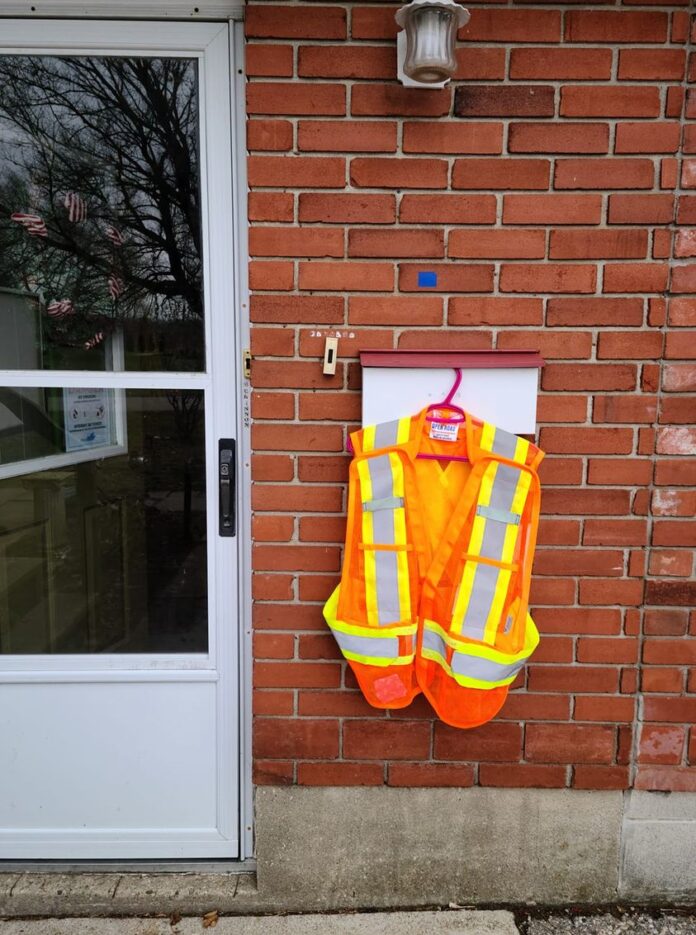 Ontario’s labour minister has said he will “move mountains” to find answers. He spoke about the tragedy on Tuesday in London.

“Our thoughts are with these workers who are injured and those who passed away. We pray for them, their families and their colleagues,” Monte McNaughton said.

“Construction workers are truly heroes. Every day they are on the frontlines everywhere in our province. They know that their friends and neighbours are counting on them to build the projects our communities need.”

The labour ministry is investigating the tragedy and McNaughton said all appropriate steps will be taken to get answers to the victims’ families and colleagues.

“We will never forget the last time we saw them on Friday as they prepared to do their jobs and make all of us proud.

“They will always be in our prayers.”

In a show of support for the construction industry and two men killed last week in a partial building collapse in London, people are hanging safety vests outside their homes and sharing photos on social media with the hashtags #riphenryharder and #ripjohnmartens.

Harder, 26 and Martens, 21, were killed on Friday when part of an apartment building under construction at 555 Teeple Terrace collapsed. Harder died in hospital a few hours later and Martens’ body was pulled from the rubble around midnight on Saturday.

After Denise Kennedy posted her tribute photo on Facebook there have been close to 1,000 shares and many photos of safety vests have been added.

“In honor of the two men that passed away and the others that were injured, we hung our safety vest out in front of our home,” Kennedy wrote. “I challenge you to do the same.”

Harder’s funeral service was livestreamed on Tuesday and Martens’ will be held today.

“Henry and his three brothers, along with other construction workers, were working on a four-storey building in London where Henry and his brother were pouring concrete on the roof when all of a sudden part of the building collapsed,” Pastor John Dyck said at Harder’s funeral.

“Henry Harder and John Martens, who was also one of the construction workers, died in this tragic accident. At this time we don’t understand the reasons.”

The incident happened just before noon on Friday at 555 Teeple Terrace where a four-storey apartment building – Nest on Wonderland – is under construction.

“We are working closely with the Ministry of Labour and with local authorities on the investigation,” Michelle Doornbosch, president of Nest on Wonderland, said in a statement late Monday.

“As with any building project, we work as a team and constantly rely on the expertise of our experienced architects, engineers, consultants and the municipal approval authorities to design and review all specifications to deliver a structurally safe and sound building.”

The company is working “with our insurer to retain some of the top forensic structural engineers in the country to investigate.” Ontario’s ministry of labour is leading the investigation and minister Monte McNaughton has said he will “move mountains” to find the cause of the collapse.

East Elgin Concrete Forming Limited (EECFL), has confirmed that Harder and Martens were their employees.