A new Good Jobs survey conducted by Abacus Data shows the top election concerns for skilled trades workers include supports for workers, changes in the energy sector and reforms to employment Insurance.

Commissioned by Let’s Build Canada, the survey found 77 per cent of skilled trades workers have experienced work shortages; with 65 per cent having to travel more than 150 kilometres away from their permanent residence for work opportunities over the last five years.

On average, workers from across the country paid over $2,000 for expenses like gas and accommodations to travel to job sites. Currently, workers in the skilled trades are unable to deduct these expenses from their income, unlike other professions.

“Half our members said they have had to decline work opportunities because of out-of-pocket travel-related expenses which can amount to thousands of dollars per year,” said Matt Wayland, director of Let’s Build Canada.

“This election, we are pleased to see commitments from the major parties to implement policies such as a skilled trades workforce mobility tax deduction or credit.”

As Canada moves ahead with a focus on transitioning to Net Zero, workers in the oil and gas sector are concerned – seven in 10 worry costs of retraining and up skilling will be too much for them to afford, while three in four workers believe jobs in the renewable sector will not pay less.

“In order to do that, the next federal government needs to ensure adequate supports are put in place to support skilled trades workers – including transitioning energy workers in the months and years ahead.”

‍Respondents also identified programs and policies that can be improved to better support them:

“Unions have received strong support over the last few years, but, as our membership survey shows, there’s still more work to be done,” Wayland said. “We encourage our members to vote for progressive candidates this election who will work to make much-needed improvements and enact policies that will ensure that working people aren’t left behind.”

‍The Workers Rebuilding Canada Survey was conducted from Aug. 12 to 28 with a sample of n=867 members of Let’s Build Canada’s affiliate unions from across Canada.

Individuals were invited to complete the online survey via email invite from Abacus Data or their affiliate union.

In total, 1,210 members who were invited to complete the survey entered the survey. We are unable to determine how many were initially invited due to the mixed recruitment methodology.  Of the1,210 who started the survey, 867 or 71.6% completed it, 317 and 343 or 28.3% partially completed the survey. The survey was live from August 12that 9am EST to August 28th at 11:59pm EST.

Only respondents who had completed the full set of questions were used in the analysis of data, all partial responses were removed in the data analysis. The data were not weighted. 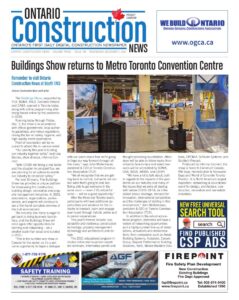