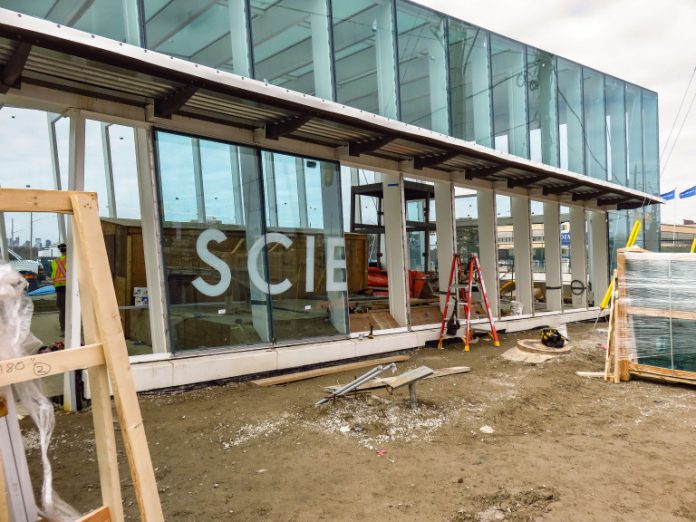 The Eglinton Crosstown light rail transit route takes heavy digging and tunnelling. It also needs finishing touches that are far above the tunnels we often focus on in our weekly photo galleries.

The light rail transit (LRT) project, which will boast 25 stations and more than 19 kilometres of rail, is adding features to make the system “liveable for customers,” according to the Metrolinx blog.

“They may seem common, but they speak volumes about being able to see clearer what stations and stops will look like when the project is finished.”

Metrolinx released a first look at a raised bike lane being built at Keelesdale station, as final road restoration continues. Where the LRT is underground, crews are building two kilometres of bicycle tracks in front of stations, while the city of Toronto is designing eight kilometres of cycle tracks between the stations.

At the Science Centre Station, letters are being placed on the exterior glass at the station’s southwest corner.

Metrolinx announced in February that the LRT would not be completed on schedule and is expected to open well into 2022 rather than in 2021.

“We recognize, in response to the recently announced delay, additional support is needed,” Mulroney wrote.

The money is intended to be used for marketing, promotion and clean-up assistance.