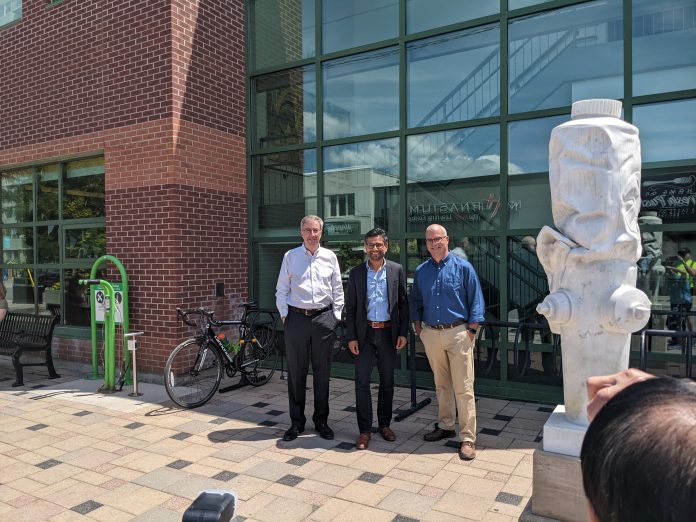 Federal and Ottawa municipal politicians co-ordinated a media event at a local community centre to announce $625,000 in “deep retrofit” funding to make the centre 90 per cent energy efficient.

Ottawa Mayor Jim Watson, Ward 15 councillor Jeff Leiper and Ottawa Centre MP Yasir Naqvi described the  project at the Hintonburg Community Centre as the first of its kind for a City of Ottawa building.

Upgrades will include installing high performance windows, upgrading heating, cooling and ventilation equipment, and switching from gas heating to heat pumps. Once completed, the centre will be 90% energy efficient.

“Once complete the retrofits will serve to reduce the facility’s energy consumption by an estimated 30.8% and greenhouse gas emissions by 28.9 tonnes annually,” the joint federal and municipal statement said. “The renewed community centre will be more environmentally friendly, with reduced fuel costs for heating and will be more resilient.”

The federal funds were provided through the $1.5 billion (over five years) Green and Inclusive Community Buildings program.

The statement said applicants with large retrofit projects to existing community buildings or new community building projects with total eligible costs ranging from $3 million to $25 million were accepted through a competitive intake process which closed on July 6, 2021. “A second intake is anticipated later in 2022, however the date has not yet been determined.”