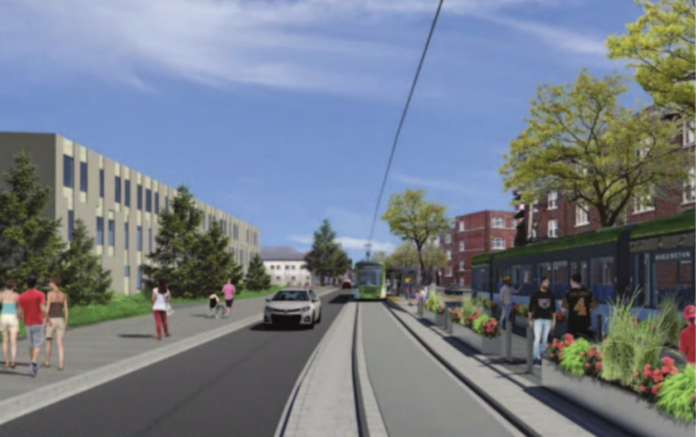 The Federal government announced on Tuesday that it will spend more than $12 billion for major transit projects in Toronto and Hamilton.

Infrastructure Minister Catherine McKenna said Tuesday that $10.4 billion in funding will go toward four “shovel ready” transit projects in Toronto — the Ontario Line, the Scarborough Rapid Transit replacement, the Eglinton Crosstown LRT and the Yonge-North subway extension. This funding will cover about 40 per cent of each project.

Projects are expected to create up to 16,000 construction jobs.

However, transit lines will not be completed until at least 2029, said Ontario’s Transportation Minister Caroline Mulroney.

“By having the federal government come to the table in this historic partnership, we are moving full steam ahead on building these projects that our residents need today and for future generations.”

The federal government will also help fund a light rail transit line in downtown Hamilton and buy zero-emission streetcars for the TTC, made at Thunder Bay’s Alstom automotive plant.

“Rapid transit shortens commutes, which gives parents more time with their kids and ensures kids will inherit a cleaner future,” said Prime Minister Justin Trudeau. “Public transit is at the heart of a strong recovery and a growing middle class.” 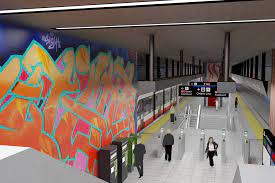 Funding comes with conditions: Provinces and cities will have to demonstrate how the investments will drive down emissions and require “substantive” environmental reviews, community benefit agreements and affordable housing along the lines.

Mulroney said the federal funding is an “endorsement” of the province’s transit plan for the GTA, which requires funding from all three levels of government. In 2019, Ford committed $17 billion for the plan that includes the four subway projects.

According to Toronto Mayor John Tory, the transit investment will help the city return to its pre-pandemic rapid growth, though he acknowledged the “difficult path” to link all corners of the city.

“This has been a long-time coming,” he said. “Transit expansion is critical to the future of our city. It ensures that we are supporting economic recovery post-pandemic, will help create a greener future and represents a substantial contribution to equitable access to our city, jobs, education and much more.”

Earlier this year, the province revived a smaller, nine-kilometre line and renewed its $1 billion commitment, contingent on the federal government committing $1.5 billion.

McKenna said on Tuesday she will provide specifics about funding for Hamilton’s LRT at a future announcement.

The Scarborough RT replacement has gone through several revisions in the last decade and is now a three-stop extension expected to cost $6 billion — a price that Metrolinx determined outweighs its benefits.

Recently, the TTC recommended shutting down the aging Scarborough RT line in 2023 and using buses until the project is completed in 2030.

Construction for the Eglinton Crosstown LRT began in 2011 and has been repeatedly delayed, most recently to late 2022. The $5.2-billion project was supposed to open this fall.

In the meantime, small businesses and residents have suffered. More than 100 businesses have closed on Eglinton Avenue because of the construction, CBC News has reported. 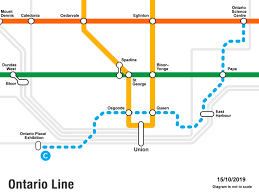