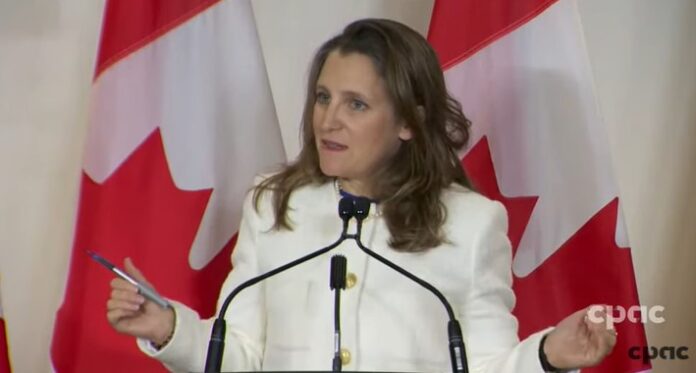 “We know that Canadians are worried about inflation and that they’re asking what their government is going to do about it,” Freeland said in a media statement. “That’s why we have a new affordability plan — $8.9 billion in new support this year — that is going to put more money in the pockets of Canadians at a time when they need it most.”

The fed’s plan to address inflation and the affordability crisis has five parts: respecting the role of the Bank of Canada, investing in workers, managing the debt, creating good jobs and funding the support programs.

Tackling worker shortages, especially in skilled trades will be a priority.

“In the budget, we set out to invest in the workers,” she said. “That means ensuring our skilled trades workers can afford to travel to the parts of Canada where their services are desperately needed.”

Those workers, Freeland said, need housing and her government’s promise to double the number of homes built over the coming decade will help ensure people can find affordable places to live.

“We have been through two years of remarkable turbulence. Our challenge now is to land the plane — and a soft landing is not guaranteed.”

The measures have already announced in the 2022 budget:

NDP Leader Jagmeet Singh issued a statement after the speech saying that the measures Freeland discussed are coming too late and will not help Canadians who need it now.

“People need real help. They need their government to get money back in their pockets so they can afford basic necessities,” Singh said in the statement. “Instead, the deputy prime minister is on Bay Street today making re-announcements that do nothing to help people today.