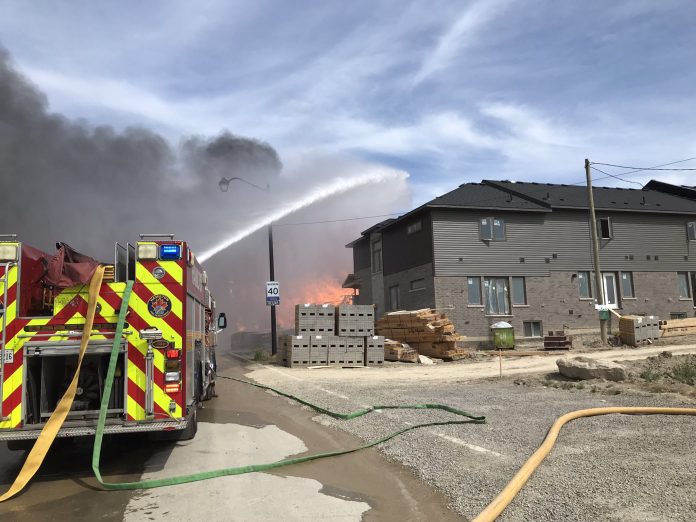 An investigation is underway after a massive fire engulfed dozens of homes under construction in Hamilton.

“In this case, a lot of the units were still under construction so they hadn’t been closed in yet, so they were open to the elements and certainly as the wind starts to pick up when you start to have an open flame like that, it moves very quickly,” Cunliffe said. 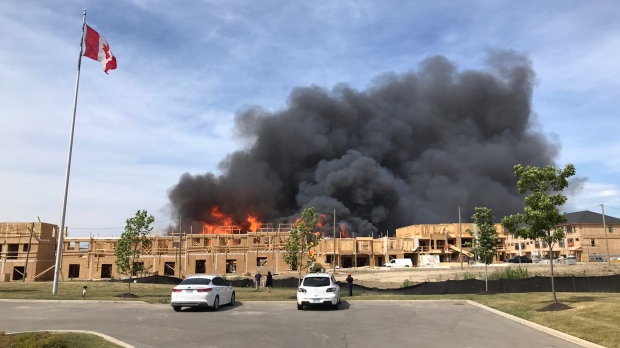 More than 70 firefighters were on the scene of the four-alarm fire.

“At this point, the fire is under control,” Cunliffe said. “For the most part there has been no damage inside of any of the homes that are occupied.”

Several vehicles were either damaged or destroyed by the fire.

There were no reports of injuries.