On July 22, the application process opened for new provincial funding for transit projects within municipalities in the Greater Toronto and Hamilton areas.

The cash, made available through the Canada Infrastructure Program Public Transit Stream, could be doled out to the tune of $12.45 to successful projects.

“These projects represent a step forward in helping people and goods move around the GTHA quickly and efficiently,” said Caroline Mulroney, minister of transportation. “These projects will reduce congestion and create new transportation capacity throughout the region.”

11 municipalities are eligible to apply to the program: Brampton, Burlington, Durham Region, Halton Hills, Hamilton, Milton, Mississauga, Oakville, Peel Region, Toronto and York Region. The province is already going reviewing over 200 applications for transit projects across over 50 municipalities outside the GTHA.

“People in Ontario count on infrastructure to get to work, shop and get home to their families,” said Laurie Scott, minister of infrastructure. “Our government’s investments in the GTHA will make public transit infrastructure better, safer and more accessible.”

Applications are being accepted for funding until October 24.

The Investing in Canada Infrastructure Program is a $30-billion, 10-year infrastructure program cost-shared between federal, provincial and municipal governments. Ontario’s share per project will be up to 33.33 per cent, or $10.2 billion spread across four streams: Rural and Northern, Public Transit, Green, and Community, Culture and Recreation. 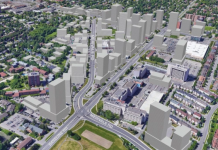 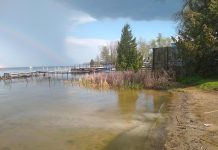 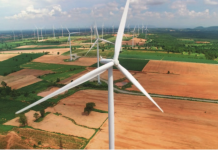