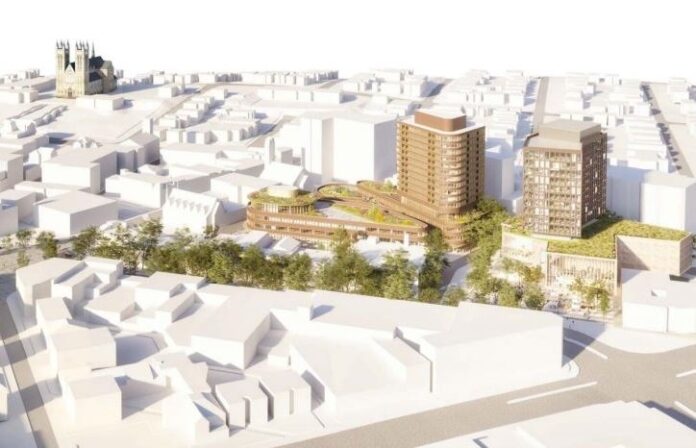 With provincial and federal funding denied, the City of Guelph has put plans for a new library on the shelf for now.

The city had expected about $36.6 million for the $67 million project, but according to GuelphToday, the application failed.

“Guelph has officially found out we’re getting $0 dollars towards the $67 million library. Although I didn’t vote for this price tag originally, it’s disappointing,” Guelph Mayor Cam Guthrie tweeted.

“Upper level of government money would’ve helped offset property tax and levy burden to pay for it. But here we are.”

According to the mayor, the funding stream was over 10 times oversubscribed and several projects were rejected.

In September, Guthrie warned city council to not approve the $67-million project without commitments from other levels of government.

However, council approved a $67.1-million budget at that time for the new library which will be built on what is currently the Baker Street parking lot. The council package also includes $15 million for site remediation, $21 million for parking and $2.6 million for an urban square at the planned Baker District redevelopment.

The vote does not commit hard dollars to the project, instead approving a hard dollar figure city staff can use for detailed planning of the project,

“We have a community that has been hit hard financially, not just the city but our taxpayers. We need to be respectful to the situation that many in the community are struggling with financially,” a disappointed mayor wrote on Twitter.