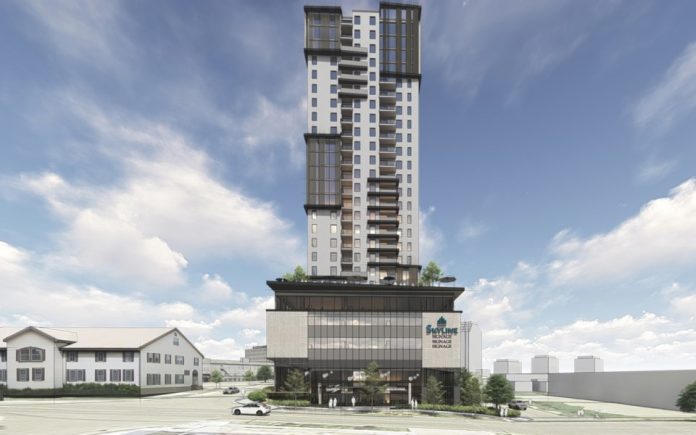 The City of Guelph has unanimously rejected a plan to build a 25-storey building downtown because of the building height, location, purpose and lack of studies to adequately address issues including wind and shadow impact.

A staff report also highlighted the Downtown Secondary Plan which says the Basilica of Our Lady should be the “most prominent building downtown.”

While councillors agreed redeveloping the site was a good idea, the proposal was just too tall for the city – where the downtown is zoned for buildings up to six storeys.

“That location is primed for mixed use and development,” Mayor Cam Guthrie said at the virtual planning committee meeting. “I firmly believe it shouldn’t be six, but it shouldn’t be 25.”

The mixed-use tower included commercial, retail and residential uses with 3,900 square feet of ground floor retail space and 67,000 square feet of office space on the first four floors. Above the fourth floor would be 21-storey tower containing 180 apartments.

Rob Mullin, lawyer for SkyDevco, a division of Skyline, told council the project represents a $100-million investment in Guelph and a unique opportunity to revitalize the downtown.

He reminded council about the Provincial Policy Statement 2020 that supports such developments adjacent to a transit station.

Chamber of Commerce CEO Shakiba Shayani spoke in favour of the proposal, arguing more people living downtown is important. Also, turning the plan down could result in Skyline moving its head office away from Guelph, she warned council.

The city’s Downtown Secondary Plan, developed with a lot of public consultation, must be respected councillors agreed.

While they liked the mixed use of the proposal, the clear message to SkyDevco is to come back with a development that would be “a more appropriate fit. 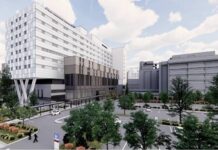 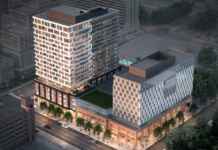 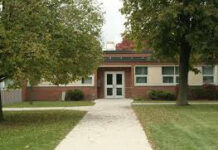 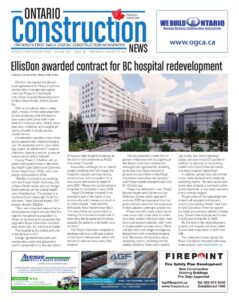