Following the end of World War II, the Canadian economy thrived, and the construction industry roared into production. In southern Ontario, the city of Hamilton underwent expansion in manufacturing and services, and with it, the demand for new buildings. Too expensive for the city to contract architectural firms for the many desired construction projects, Hamilton council made a pioneering move. In 1951, they hired Canada’s first “city architect,” Stanley Maurice Roscoe.

Before training in architecture, Roscoe (b. 1921 Franklin, MB) graduated from Manitoba Teachers’ College in 1942 and briefly taught school. Enlisting with the Royal Canadian Navy during the war, the young man observed remarkable buildings on his travels. The experience inspired Roscoe to enroll in the School of Architecture at University of Manitoba. Graduating in 1949, he gained skills in hospital architecture, and an admiration for Frank Lloyd Wright.

Hired as head of Hamilton’s new Architectural Department in January 1951, Roscoe was confident and enthusiastic. The 29-year-old, however, did not have years of professional practice under his belt. Roscoe’s experience was limited to hospital drawings in Winnipeg and as member of Hamilton’s Kyles and Kyles firm, working on Nora Frances Henderson Convalescent Hospital.

Roscoe favoured an cutting-edge style, although he did not want it described as modern. He was influenced by progressive architects in the early 20th century, whose designs were “omitting wasted space and ornamentation and adapting architecture to the new way of living,” described architectural historian Sharon Vattay in “Architect Stanley M. Roscoe (1921-2010): Pioneering Innovations” (JSSAC 38, No. 2, 2013).

Detail-oriented, the architect paid close attention to every aspect of his projects; Roscoe himself searched for the draperies and furniture that suited his design vision for the Westdale Library. As well, his design included air conditioning and “incorporated innovative mechanical and electrical systems, including a continuous luminous ceiling using corrugated clear plastic over fluorescent fixtures,” said Vattay.

Always innovative, Roscoe employed the latest developments in construction. Radiant floor heating, heat recovery systems, and lift slab construction were in his arsenal of techniques. Lift slab construction involved casting a concrete floor on top of the previous concrete slab and using hydraulic lift jacks to elevate the floor. The slab then was secured into place.

The resounding achievement of Roscoe’s city work was Hamilton City Hall. With acclaim came criticism for his pioneering work. Some politicians did not like the bold, groundbreaking design, but the project received council approval and the building proceeded.

Constructed between July 1958 and October 1960, city hall was a contemporary artwork of glass and concrete, modular steel frames, and striking elements of black granite and white marble. An eye-catching dome over the circular council chamber table added an innovative flair.

The project underwent Roscoe’s usual scrutiny, ensuring the smallest details were attended to.

“He picked every item to go into City Hall,” said J. Dunning in the Hamilton Spectator, August 28, 2010. Nothing evaded Roscoe’s sharp eye, “down to the bullet-nosed door hinges.” Building costs rang up at $9,400,000, approximately $90 million in today’s dollars.

Several frightening accidents occurred, one being the death of a worker by falling through a hole in scaffolding. An alarming incident erupted in May 1960 when “two 200 pound slabs of marble fell of the building, one crashing to the ground and the other landing on a 7th floor canopy,” said “History of City Hall” by Hamilton Public Library.

In 1960, Roscoe left his municipal job for private practice. His architectural dominance in Hamilton endured with the designing of schools, the IBM Building, Dresden Town Hall, and much more.

The prominent architect married Joan in 1950, and the Roscoes became parents to three children. Designing the family residence in 1955, Roscoe’s home was completed by Christmas 1956. Nestled among tall trees, the split-level house had “a wraparound window-wall—the windshield of a 1950s automobile comes to mind—in pure Wrightian fashion,” wrote Dave LeBlanc in “Stanley Roscoe, the man who forged a steel town’s look,” Globe and Mail, August 18, 2011.

Associations benefitted from Roscoe’s many talents, including the Masonic Lodge, the Hamilton Golf & Country Club, and Lynwood Hall Children’s Mental Health Residence. A member of the Royal Architectural Institute of Canada, the professional was also a member of Ontario Association of Architects, according to HHCA.

Suffering with Alzheimer’s Disease for several years, Roscoe died of heart failure in August 2010. While some of his inspiring buildings have been replaced or renovated, many works of Stanley Roscoe remain as a legacy of construction innovation by Canada’s first city architect. 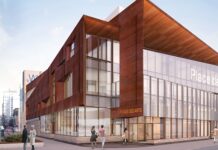 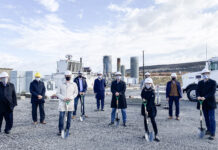 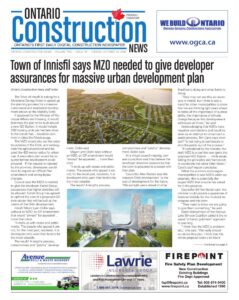