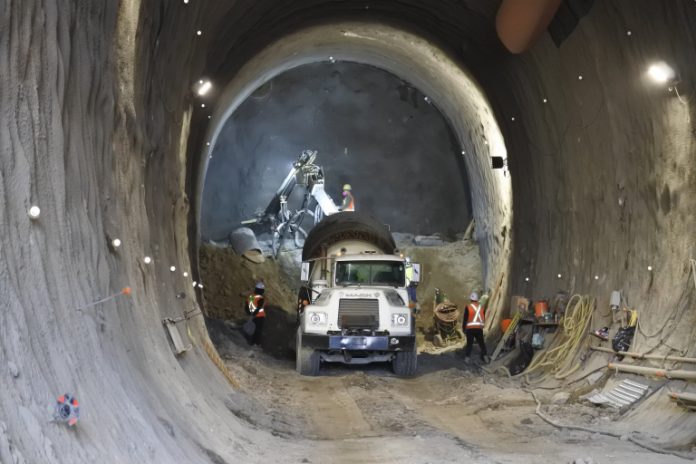 Crews working on a tunneling project at the junction of Ontario Highway 401 and 409 have made great strides on the first of two passages, and are moving into the second as well.

Tunnel One excavation is more than 50 per cent completed and crews are now tunneling under the westbound lanes of Highway 401, along a major rail route, where that expressway meets Highway 409. 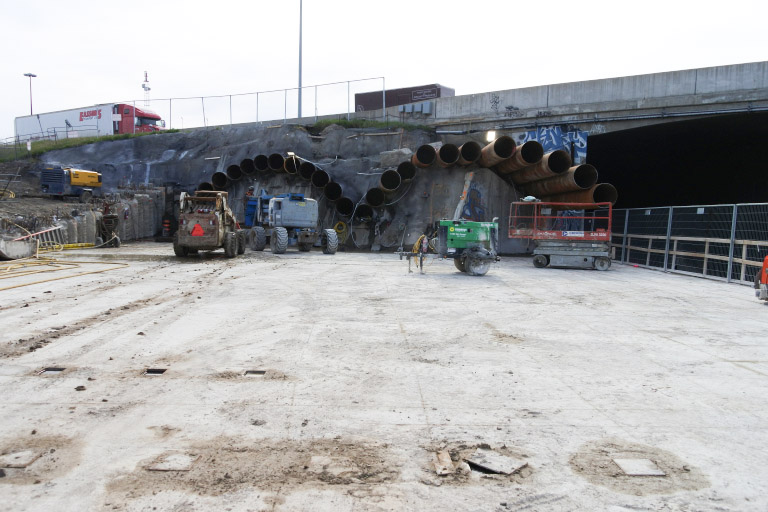 Excavation of the upper section in Tunnel Two is also underway and progressing well at 10 per cent completion.

The Highway 401 and 409 project is part of the GO Rail Expansion program, which will transform the Kitchener line from a rush hour commuter service to a rapid transit experience. Tunneling is happening underneath 21 live lanes of traffic – one of the busiest sections of highway in North America.

When complete, the length of each rail tunnel under Highway 401 and 409 will be about 180 metres.

The crew applies shotcrete between segments, which is concrete that is sprayed onto the inner surface of the tunnel to provide reinforcement and strength to retain its shape. 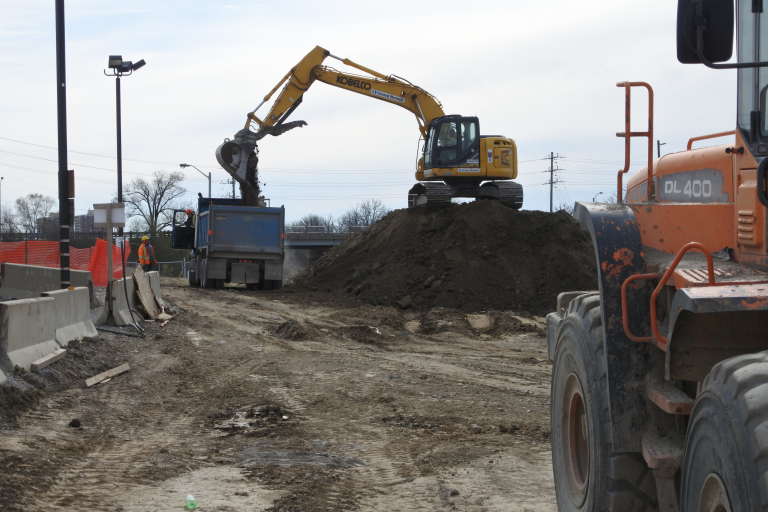 Crews have already sprayed approximately 3,400 square metres of shotcrete,” Ko explained on the blog. “A concrete truck shuttles concrete to a robotic shotcrete machine to manage this fundamental layer of work. The technology provides the proper pressure to set the concrete in place.”

“Excavating 110 metres amounted to 1,650 sq. m. of material, filling 165 dump trucks at Tunnel One,” Ko wrote. “Tunnel Two had its fair share of excavation with enough material to fill 39 truckloads and counting.”

At the west portal, crews have completed installation of the pre-support pipes installed with an auger boring machine. The pipe and bore process involved horizontal jacking, pushing pipes directly above the future tunnel acting as a ‘support roof’. The auger removes the earth that collects in the long pipes during drilling.

The 813-milimetre diameter steel pipes form a canopy to support the structure of the tunnel. Auger boring began in summer 2019 and is now complete.