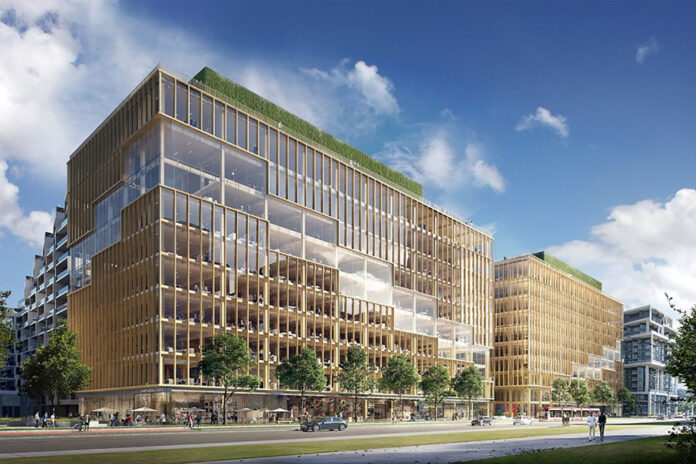 With the “T3” label to signify “timber, talent, and technology,” the innovative project from developer Hines, with a design by Danish architects 3XN working with local firm WZMH Architects, will be the tallest wood-frame building in Ontario.

The first of two twin, heavy timber office buildings at Bayside Toronto, T3 Bayside will be constructed using an innovative and highly sustainable mass timber structure, and feature market-leading amenities, all designed with the goal of delivering a completely differentiated tenant experience. At full completion, the two T3 Bayside buildings will feature over 500,000 square feet of next generation office space. 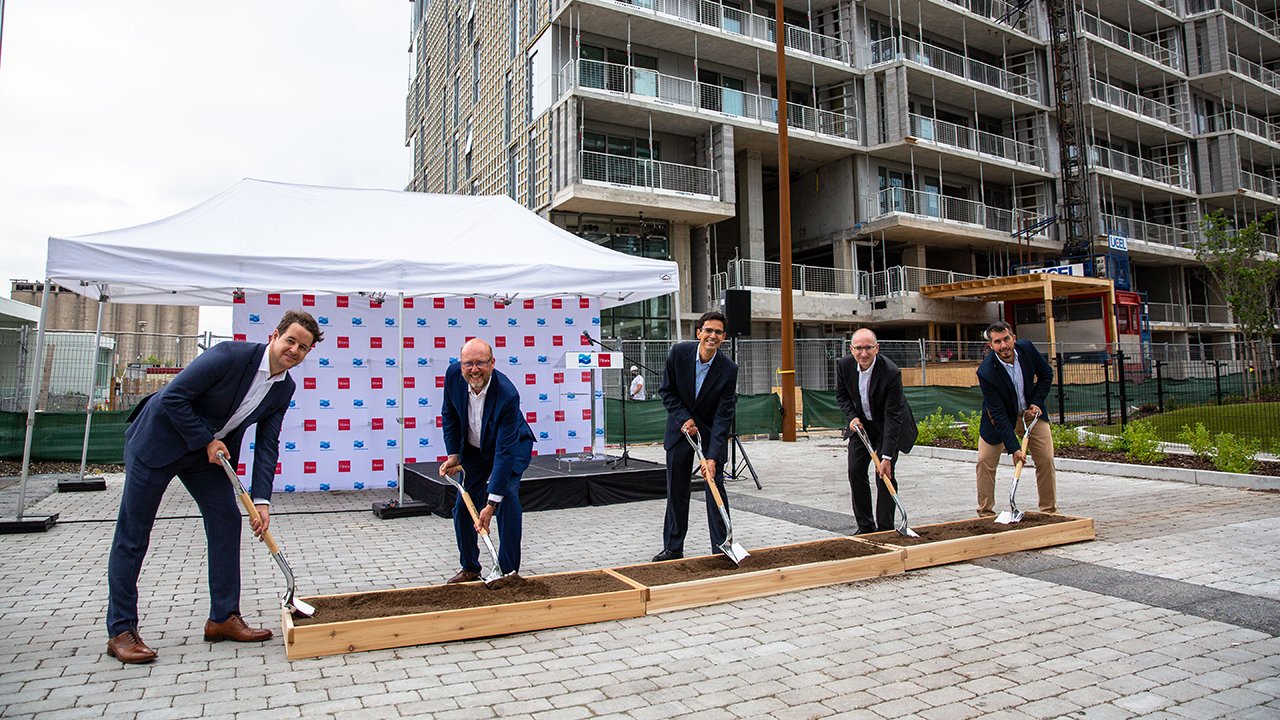 “With the ground-breaking of T3 Bayside today, we deliver on the commitment we made to Waterfront Toronto and to the City of Toronto to bring employment use to the water’s edge,” says Avi Tesciuba, senior managing director, Hines.

“We are humbled and proud of the role Bayside has played in kick starting a whole wave of development along the eastern waterfront as we deliver a truly mixed-use community that will also include affordable rental housing, a day care facility and a recreation center.”

T3 Bayside is the latest in a global series of creative, mass timber workplaces.

Phase One will include 251,000 square feet of commercial office space by early 2023, and feature 30,000-square-foot floorplates. The buildings were designed by 3XN, after the studio emerged as the winner of an international design competition.

“The work we do focuses on building complete communities,” added George Zegarac, President and CEO of Waterfront Toronto.

“We are building a waterfront where everyone can access the water, lush green park spaces to enjoy, places for all kinds of families to call home. T3 Bayside is a great example of the innovative approach we have taken over the past two decades to promote environmental sustainability as part of the foundation of our development projects.”

Hines was named the master developer of Bayside Toronto, following an international competition by Waterfront Toronto.

“The start of construction on T3 Bayside is another step closer to the building of more beautiful, sustainable and prosperous communities along the waterfront,” said Catherine McKenna, Minister of Infrastructure and Communities.

“Through the Toronto Waterfront Revitalization Initiative and through our continued investments in public infrastructure, Canada’s infrastructure plan is resulting in thousands of projects, creating jobs across the country and building stronger communities.” 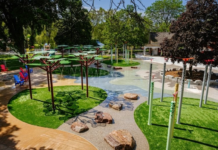